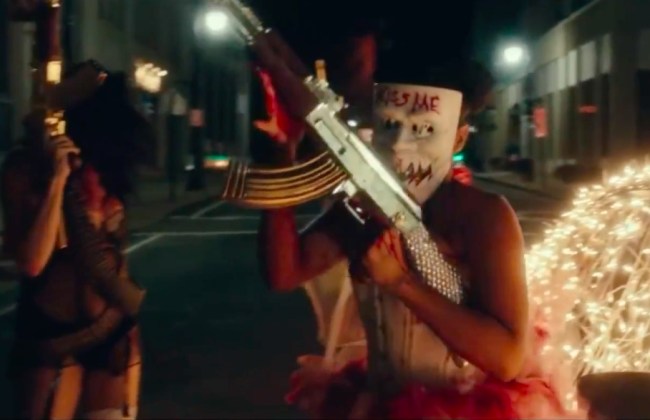 In 2013, The Purge set out to answer the kind of question that comes up when you’re talking with friends while crossfaded at two in the morning when it imagined what America would look like if there was one night every year where people were allowed to commit essentially whatever crime they desire.

I was super intrigued by the concept but was fairly underwhelmed when everything was said and done, as the movie largely opted not to explore the world outside of the house of the family it focused on and was essentially a pretty run-of-the-mill home invasion flick.

Thankfully, that all changed the following year when The Purge: Anarchy was released, as it revolved around a group of people who were forced to navigate the chaos unfolding on the streets of Los Angeles during the 12 hours of government-sanctioned lawlessness.

There have been two films added to the franchise since then (as well as a television series), and while I’m not going to act like they’re masterful cinematic achievements or defend their fairly heavy-handed social commentary, they’re pretty damn fun to watch if you don’t take them as seriously as they seem to take themselves.

If you’ve never seen any of the movies, you should know that the people of the United States get a warning that The Purge is kicking off in the form of a siren that blares throughout the country when shit is about to hit the fan (it also marks the resumption of law and order in the morning).

As a result, there were a number of people in the town of Crowley, Louisiana who weren’t exactly thrilled to hear that sound outside of their homes last week when the police department decided that was the best way to announce the start of a 9 P.M. curfew that was recently instituted.

According to KATC, police chief Jimmy Broussard said he was unaware the siren picked by the department was the same one used in the movie and that officers will no longer be using any type of audible warning going forward.

That’s probably for the best.