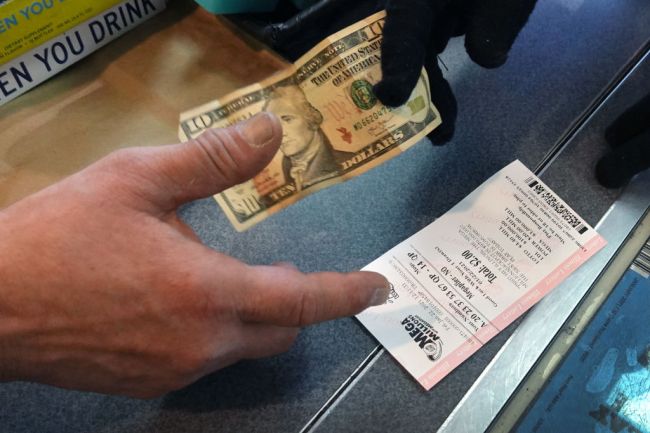 After 40 drawings without a big Powerball winner, a single ticket matched all six numbers and won the nearly $700 million jackpot prize. I really hope it was this Louisiana man.

Ahead of yesterday’s drawing, KSLA News 12 sent Kori Johnson out for a “man on the street” interview. She went around asking locals in the the Shreveport, La. are what they would do if they won the lottery.

In what appears to be a gas station convenience store, she came across this man, wearing a red shirt. We will call him Bubba.

Johnson asks Bubba what he would do with the money if he won and he gave quite the response. It was not safe for television.

Not only would he buy a supercharged Mustang, but the man is getting him a big ol’ bag of booger sugar. Take a look:

MUST WATCH INTERVIEW😂: SHREVEPORT POWER-BALL PLAYER DESCRIBES WHAT HE WOULD DO IF HE WON TONIGHT’S $685 MILLION DOLLAR PRIZE

Major credit to Johnson here. She was clearly caught off guard and might have even wanted to crack up— because it was funny.

However, somehow, Johnson holds it together as best she could and transitions beautifully to Bubba’s love of cars. After completely saving the live shot with her redirection away from cocaine, she closes out by discussing what she would do.

Johnson says she would have to think about it and pray about it, which is a great way to bring it back to the Shreveport audience after an incredibly unexpected response. Isn’t live television such a beautiful thing?