A Love Letter To Those Summer Months In Your College Town 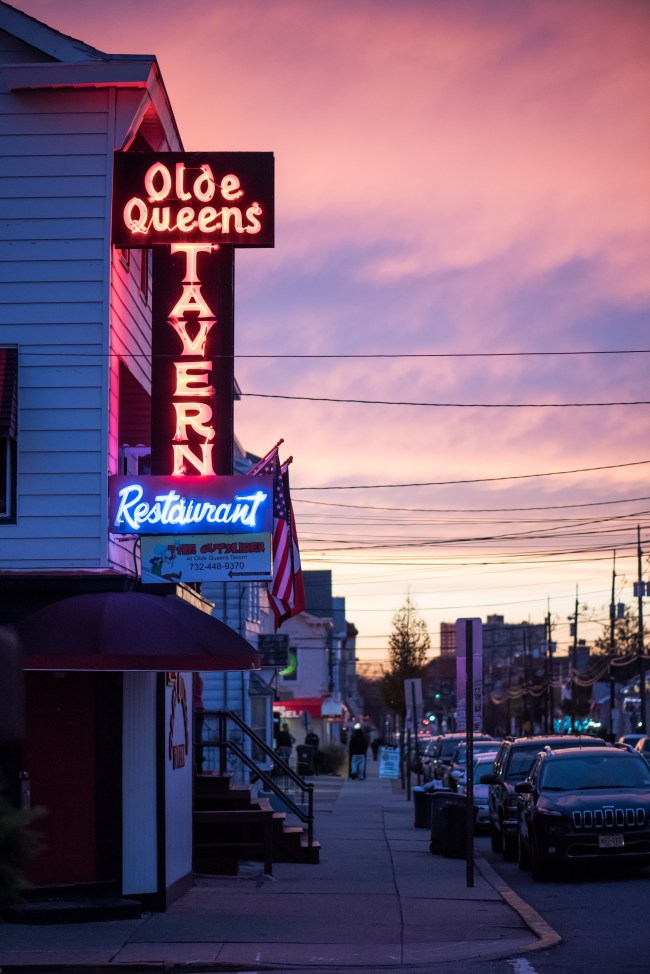 I was heading into my senior year at Rutgers University and our fraternity had just been shut down, leaving my buddies and me in search of a new home. While we were able to find a decent one, it came with a catch: we had to move in at the beginning of summer and not the end, thus meaning I had to pay rent for a room I didn’t plan on living in. Unless you’re coasting on mommy and daddy’s wallet, that’s just not a reasonable living situation for a virtually broke (and when considering loans, in debt, actually) college kid.

I had a summer job in my hometown as a lifeguard, and if you’ve ever been a lifeguard, calling it a “job” is a Mr. Fantastic-level stretch. I’d given up the gig the previous summer to spend an epic summer living down at school, which is something that all college students should do at some point. You think college is fun during the semester? Try adding more money and fewer exams.

Still, due to the fraternity getting shut down, I’d planned to abscond back home and hop back up on the lifeguard chair. But due to the nature of our renting situation, the decision was out of my hands and I was forced to find a job on campus. The job I ultimately found was nothing short of awful.

Rutgers University is made up of five primary campuses, each being known for housing one of the major schools. There’s College Ave (where the bars are, oh and also the communications school, shout out all my comms majors, LOL amirite), Livingston (when the basketball stadium is and a whole bunch of other futuristic shit that they built after I left), Cook/Douglass (they’re two campuses, but all sort of one, home to all the artsy folks), and then there’s Busch, the science campus. My job was working on a literal — I kid you fucking not — cornfield on Busch, where they were using the kernels to study… I don’t fucking know. Corn, I suppose.

But it was manual labor, I was up at the absolute ass crack of dawn. It was honest work, it paid alright. The hours were 8-to-5 and the day was spent outside in the sun. My boss, who’s name escapes me — I believe it was Mark — was a stereotypical “decent” farm man: straight, honest, hard-working. As idealistic as a shitty college summer job could be, this one was. It was old-fashioned and it was as Tom Sawyer as I ever was or ever will be.

It was grueling, though. Up and down acres of cornfields, all day, every day, picking up corn, shucking it, putting it in a sack, carrying that sack around, and so on and so forth. Mind you, this was before the inventions of weed pens, so there was also the stress of having to fashion out bowl breaks. If Mark (?) ever caught me, there’s part of me that thinks he’d want to square up.

On about three out of the five days of the week, I’d stop at this bar called The Olive Branch. More of a day bar than a night bar, the place is known for having arguably the best Happy Hour deal on campus: $1.50 Coors Lights and $.50 (yes, fifty cents) slices of pizza. And the pizza was good! In a college city with an overwhelming number of truly horrendous, doughy, shadily run pizza joints, the cheapest slice in town was quietly one of the best.

It was in these moments — sitting at the bar, watching the Mets, enjoying my cheap beer and even cheaper pizza with just enough money in my pocket to get through the week — that I realized this was perhaps as free as I’d ever be. I was a terrible college student, but I am a great employee, so that middle ground of college living with adult working was perfect for me. When school would roll around, I’d be left to my own devices, thus doing the bare minimum to get by in class so I could enjoy myself as much as I could out of class. But to be able to just simply work — having your only responsibility being work — and enjoy your life as a college student otherwise… that was my idea of freedom.

After the bar, as I’d stroll home in the glow of the bizarrely wonderful Central Jersey* dusk, I’d stop at Pete’s Liquor Store on Easton Ave, whose existence provides the basis of this entire article: their six-pack of Rolling Rock tallboys that only cost $5.49 (this article was originally titled “Shout Out To That Liquor Store In College That Sold Tall Boy Sixers For $5.49, but as you can tell, I got a little side-tracked).

I have no sort of metanarrative point about the correlation of being a college kid and the cheapness of beer: I just think it’s an incredible fucking deal! You’re essentially getting eight beers for under six bucks. Fucking fantastic. And Rolling Rock, especially — as the cliche goes — a cold one on a hot summer day, is fucking delicious. My absolute favorite of the cheap beer market.

Why am I bringing this to you now, on a Wednesday afternoon in the middle of the month that’s seemingly taken place in an alternate reality? Well, that’s exactly why: to remind you of the little things. It’s been six years since I was that corn-picking, cheap-pizza-eating, care-free college kid and yet I can still feel the cool perspiration of the first  Rolling Rock in my hand as I cracked it. I still remember how it tastes and how instantly reassured I’d feel as I’d take the first sip: life was good.

You realize, in these summer months where you have nothing and everything seemingly all at once — where it seems like you simultaneously have all of it, and none of it, figured out — that maybe you don’t know what you’re doing, you don’t know what’s going to happen to you, and that’s exactly how it should be.

We don’t know what’s going to happen to us. We didn’t at the beginning of the month and we certainly don’t know now. But just like that August in New Brunswick, there will always be that cold beer at the end of a long summer day that reminds you maybe things aren’t so bad after all, that everything’s going to be alright.

*Central Jersey does not exist. Rutgers is perhaps the only place in the state that qualifies as Central Jersey because of its relatively equal population of students from all corners of the state