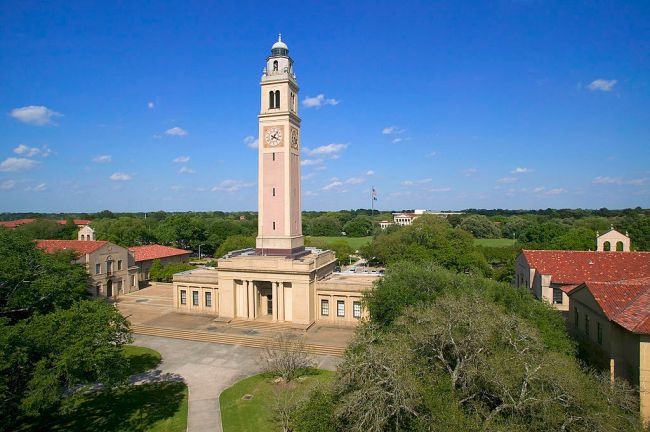 If you’ve ever been a member of a fraternity or lived in a fraternity house, you know just how important the house chef/cook is to your day-to-day life. As an 18 to 22-year-old male, food is everything. You’re constantly hungry from the moment you wake up until the minute you go to bed, and the revolving cycle never breaks.

At a fraternity house, that need is met by the house chef. He/she is there early in the morning cooking up your breakfast to order and sticks around all the way through your post-class, pre-bar meal around dinner time. Every day is something different and he/she has to feed upwards of 100 brothers at least five days a week. It’s a tireless job that makes him/her a big part of the fraternity family.

I say all this to drive home the point that a fraternity cook is the best. He/she becomes someone you depend on daily and you quickly grow to love them like your own kin. As such, you want to take care of them like your own, and that’s exactly what Phi Gamma Delta (Fiji) did at Louisiana State University.

74-year-old Jessie Hamilton received an incredible surprise from some of the mouths she used to feed earlier this month. During her time at the Fiji house in Baton Rouge from 1982 to 1996, Hamilton was a single mother of three. She would catch a 5:00 a.m. bus to campus in time to serve the boys breakfast, lunch and dinner, as well as lending an ear when one of the young men needed her advice or care.

“I was always there to talk things through with them,” she told the Washington Post. “They’d come in the kitchen and sit on top of the counter and tell me their problems.”

Hamilton was their mother away from their mothers and you KNOW she could cook— fried chicken, jambalaya, carrot cake, peach cobbler… all of the good stuff. You name it, she made it. She was a warm meal, and a warm smile every single day for 14 years and that left a lasting impression on the brothers she cared for, even 30 years later.

At the start of the pandemic, Andrew Fusaiotti (who was a Fiji from 1897-89) called his former chef and fraternity matriarch to check in. He was disheartened to learn that a 73-year-old Hamilton was still working two jobs at her age, as a cleaner at the Baton Rouge Metropolitan Airport and as a cook at the country club, and decided to raise money through his brothers to pay the rest of her mortgage.

“She was truly like a mother to us,” said Fusaiotti, 52, to the Washington Post. “She treated us like we were her own kids. She was always looking out for us.”

On average, Fusaiotti and 90 brothers donated between $600 and $1,000 each to gather $51,765 for Hamilton. On April 3, 2021, the day of her 74th birthday, Hamilton walked outside of her house to a surprise gathering of friends, family and her former brothers. On what they declared “Jesse Hamilton Day,” they used a Fiji-style game of ‘Let’s Make A Deal’ and presented her with two checks: $45,000 to pay off Hamilton’s mortgage and $6,675 for herself.

Hamilton has worked nearly every day since the age of 14, but will never work another day in her life.

“They were my kids. They still are,” Hamilton told the Post. “They used to tell me they loved me, and now, they’ve proved it.”

She is now able to retire and plans to do nothing but sit at home and kick her feet up. As soon as it’s safe for her to travel, she plans to take a well-deserved vacation to Hawaii.

April 3rd will be known henceforth as Jessie Hamilton Day and she is the perfect example of the true meaning of success. She cares deeply for those in her life, brings people closer together and sets a great example for her family, friends, co-workers and community. Now I just need to know how to get my hands on some of her cooking. God bless you, Jessie Hamilton.