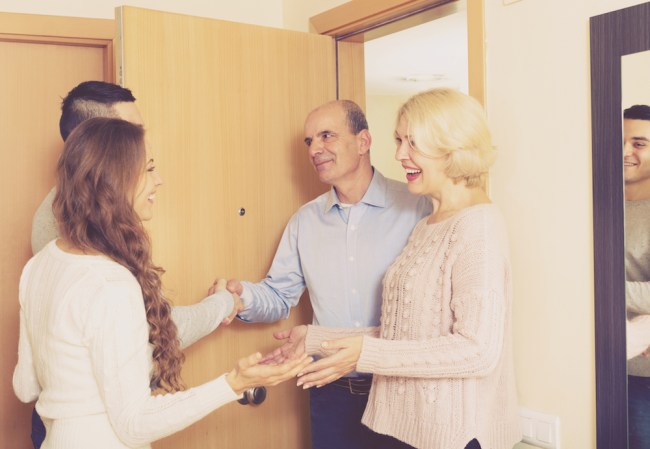 Meeting the parents of a boyfriend or girlfriend is usually an uncomfortable or awkward situation.

A 34-year-old man meeting his future in-laws for the first time was thrown into an incredibly weird situation thanks to a HUGE lie his girlfriend told her parents about his job.

In the post, Reddit user themeparkthroaway2 explains that he’s never met his fiancée’s parents but she wanted to get “their blessing” before getting married.

She’s mentioned him before but the parents seemed completely uninterested in meeting him or allowing them – what year is this?!? – to get married.

They suddenly became extremely interested in the suitor when their daughter casually mentioned he owned a theme park.

“My fiancée made up a bunch of insane stuff like it’s the third-best park in Ohio and it’s volcano-themed and the rollercoasters have food in them,” themeparkthroaway2 wrote in his original post. “She said she didn’t know what else to do.”

Probably not as much fun as bragging about dating a roller coaster tycoon.

Here’s the entire insane issue from the Redditships account.

My [34M] fiancee [31F] lied to her parents about me owning a theme park and now they want to visit it https://t.co/tbDlVsfibg pic.twitter.com/ycnLonsCJp

Owning a theme park seems like something that could be easily proven or disproven with one internet search.

The guy must really love this girl because he’s considering RENTING A THEME PARK FOR THE DAY in order to trick his future in-laws.

In a comment that was shared on Twitter, he said he’d fess up once the couple married and just “never see them or bring it up again.”

One Reddit user summed up my feelings on the matter: “Man, sounds like a compulsive [liar]. You should be worried about what lies she has told you.”

No matter the course of action, this isn’t going to end well.