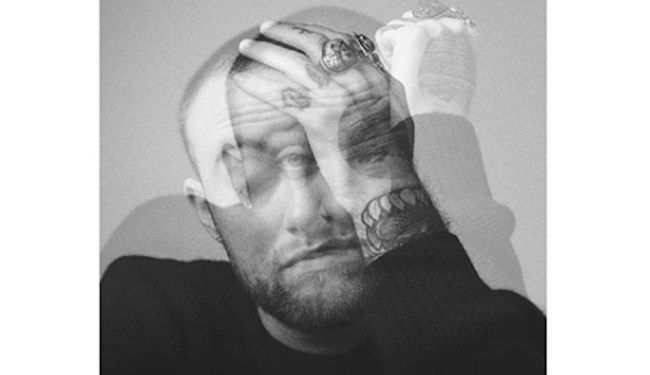 Almost a year-and-a-half following his devastating passing, Malcolm McCormick’s family has announced that a final Mac Miller album will be released next week on Friday, January 17.

In a simple yet thoughtful Instagram post, Miller’s family revealed that at the time of his death, Miller was working on the follow-up to his Grammy Award-nominated album Swimming, entitled Circles.

With the help of singer, songwriter, and composer Jon Brion — who worked with Miller on Swimming — that album has now been completed and will be released posthumously on the 17th.

Here we are. The act of having to write this at all feels surreal. At the time of his passing, Malcolm was well into the process of recording his companion album to Swimming, entitled Circles. Twi different styles complementing each other, completing a circle — Swimming in Circles was the concept.

He had been working with Jon Brion, who after early some early versions of songs, cleared his calendar to help Malcolm fine-tune them. After his passing, Jon dedicated himself to finishing Circles based on his time and conversations with Malcolm. We are eternally grateful to Jon and to those who have their best to the difficult and emotional task of putting out this body of work.

This is a complicated process that has no right answer. No clear path. We simply know that it was important to Malcolm for the world to hear it. One of the most difficult decisions in the process is how best to let people know about it — how to communicate meaningfully while keeping sacred what should be kept sacred. So this will be the only post on any of his channels. Information regarding this release, his charity, and Malcolm himself will be found at @92tilinfinity.

Thank you to tall the fans who’ve supported him unconditionally through the years. We miss him. We are left to imagine where Malcolm was going and to appreciate where he was. We hope you take the time to Listen. The look on his face when everyone was listening said it all.

Miller, who just 26-years-old at the time of his death, tragically passed away on September 7, 2018, due to a drug overdose. Following his untimely death, his final album Swimming was nominated for Best Rap Album at the 2019 Grammy Awards.

During the course of his short yet decorated career, Miller was known for constantly being in the studio and creating music, leaving many fans to believe there is an entire catalog of unheard Mac Miller songs out there. The announcement of Circles proves exactly that and we can’t wait for it.