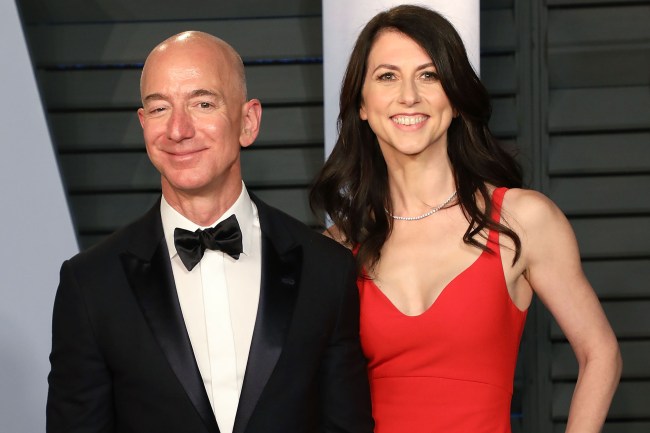 I want to get divorced from Jeff Bezos. I believe that’s something that would really be good for me. After seeing how Jeff’s ex-wife MacKenzie Scott (formerly MacKenzie Bezos) is thriving as the world’s 17th richest person while giving away nearly $6 billion this year, including $4.2 billion in the past four months, I think getting married to Jeff Bezos and divorcing him is a career path I should pursue.

Of course, there are some logistical hurdles. For starters, I’m married to a woman and we have a son together. I’m also not attracted to Jeff Bezos or any guys that I know of, but those are all minor details that can be worked out later. For now, I need to work on becoming the ex-husband of Jeff Bezos and acquiring billions and billions and billions of dollars so I can become one of the wealthiest and most philanthropic people on the planet like MacKenzie who announced her massive donations this week in a post on Medium.

She chose ‘384 organizations across all 50 states, Puerto Rico, and Washington D.C.’ to donate $4,158,500,000 to in just the past four months. Her target organizations were those who fill the basic needs of human beings because millions of people have struggled to meet those needs during the pandemic.

The result over the last four months has been $4,158,500,000 in gifts to 384 organizations across all 50 states, Puerto Rico, and Washington D.C. Some are filling basic needs: food banks, emergency relief funds, and support services for those most vulnerable. Others are addressing long-term systemic inequities that have been deepened by the crisis: debt relief, employment training, credit and financial services for under-resourced communities, education for historically marginalized and underserved people, civil rights advocacy groups, and legal defense funds that take on institutional discrimination. ((via medium)

She and her team looked at 6,490 organizations to donate her billions to. From there they took a deeper dive into 822 organizations. From those, she ultimately gifted 384 organizations a total of $4,158,500,000 and according to Bloomberg this could be the single-largest annual charitable distribution ever.

Scott’s gifts this year approach $6 billion, which “has to be one of the biggest annual distributions by a living individual” to working charities, according to Melissa Berman, chief executive officer of Rockefeller Philanthropy Advisors.

Berman said Scott’s donations show that it’s possible to give large amounts quickly without requiring nonprofits to “jump through a lot of hoops to get the money.” The size of Scott’s gifts may also disprove a common theory that’s it’s hard to deploy vast amounts of money without running into trouble or proving wasteful. (via Bloomberg)

There’s a full list of the organizations she donated to on the Medium blog post where she announced this $4.158 billion in donations. You can check out that full list here.

Meanwhile, MacKenzie’s ex-husband Jeff Bezos has been giving away nearly a billion dollars this year. Jeff is the world’s wealthiest individual with a net worth of $185 billion. Jeff’s estimated net worth has increased by an astronomical $70 billion this year alone. According to Bloomberg, Jeff has donated an estimated $800 million to charities this year.