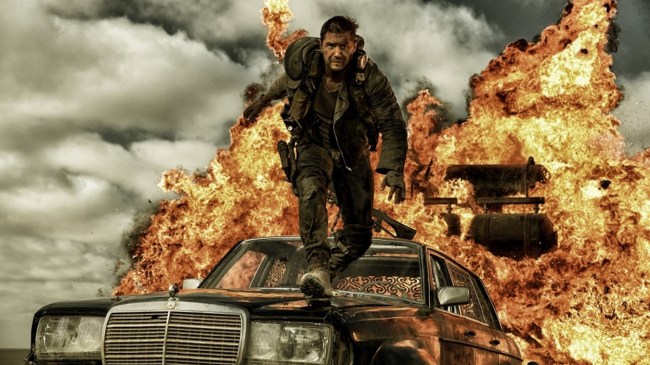 Last week, really for no reason at all, I posted a photo collage of Mad Max: Fury Road to our Instagram page and wondered if it was the most badass movie of all-time.

Is that a little hyperbolic? Perhaps. But on a sheer badassery scale, there are few movies as viscerally balls-to-the-wall insane as Fury Road. Just look at this fucking guy!

And what’s funny about Mad Max: Fury Road is that it kind of came out of fucking nowhere. When the movie was released in 2015, it had been 30 years since the previous film in the franchise — Mad Max Beyond Thunderdome — and the dude who directed them, George Miller, had since moved on to writing movies about pigs (Babe) and directing musicals about penguins (Happy Feet, fucking Happy Feet, the dude who directed Happy Feet also directed Fury Road. On what planet?). Not only that, but the film wrapped production in 2012 and didn’t drop for another three years.

Nevertheless, Fury Road arrived and it blewww people the fuck away with its pure adrenaline-fueled practical effect-engineered chaos and got nominated for Best Picture at the Academy Awards. Like I was saying, on what planet?

So, naturally, given both the massive commercial and critical success of Fury Road, a sequel has always been inevitable so long as Miller wants to, and it appears that he finally does, as reports indicate filming on Mad Max 5 will begin in Australia this fall.

According to Geeks WorldWide, Miller is finally ready to continue his apocalyptic franchise: a sequel has reportedly been approved by the studio and can begin filming in Australia in late fall. However, it is unclear whether Hardy or Theron will be returning to the franchise. Not only do the two actors have busy schedules, but Miller is currently set to begin filming Three Thousand Years of Longing starring Idris Elba and Tilda Swinton next month. [via ScreenRant]

Hell yeah — take as long as you need George. Two years, four years, I don’t care, as long as you figure out a way to deliver another dose of that pure, uncut, Australian red desert Mad Max Rockatansky mayhem.