We’re Finally Getting A Sequel To ‘Mad Max: Fury Road’ AKA The Best Action Movie Of The Decade 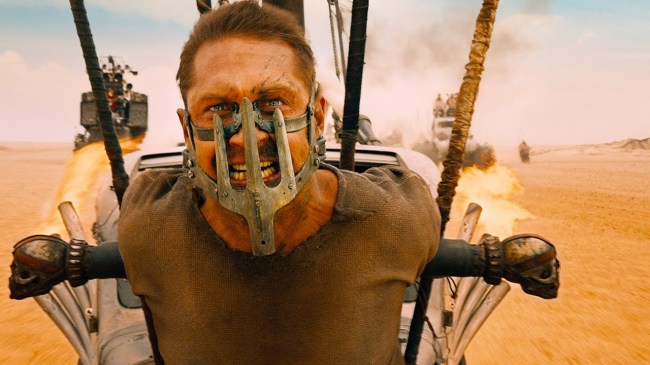 A few years ago, I got to experience the great pleasure of living on the top floor of a building in an apartment with an air conditioner capable of cooling about six square inches of space, and as a result, I spent the majority of my summer seeking places to hunker down and avoid falling victim to heatstroke.

While it usually takes a lot to get me off of my ass and into a movie theater, the cinema near my place served as a trusty respite and a solid alternative to spending my entire weekend posting up at a bar.

During one of those weekends, I decided to see Mad Max: Fury Road with literally no expectations whatsoever and couldn’t have been gladder that I did, as I walked out a few hours later having watched one of the best action movies I’ve ever seen.

Mad Max: Fury Road was a hit with both critics and viewers alike, and based on the reception and its box office numbers, it seemed like a prime candidate for a sequel that would actually be worth watching.

Sadly, it appeared we were shit out of luck thanks to a fierce legal battle that began after the film hit theaters, as director George Miller found himself feuding with Warner Bros. over budget and compensation issues stemming from the production process.

However, it looks like the tides may have finally started to turn.

According to Slash Film, Miller addressed the ongoing lawsuit in a recent interview and said he’s currently developing two different movies in the Mad Max universe, both of which involve the titular character most recently played by Tom Hardy and one that will also expand on the story of Charlize Theron’s Furiosa.

It’s unclear which one of the movies is slated to come out first but Miller says pre-production on one of them is already in the works while lightly lamenting the Hollywood bullshit he’s been forced to deal with:

“I’ve been there too often when you announce movies are going to happen and then they fall away. It happened three times on Fury Road, and eventually we got the damn thing made. We’re just coming out of a meeting as we speak, and we’re well into pre-production on this one. I’m cautiously optimistic. It’s going well.”

I personally think the dude with the flamethrowing guitar should get his own movie as well but I have a feeling I’ll be more than satisfied with whatever Miller ends up dreaming up.