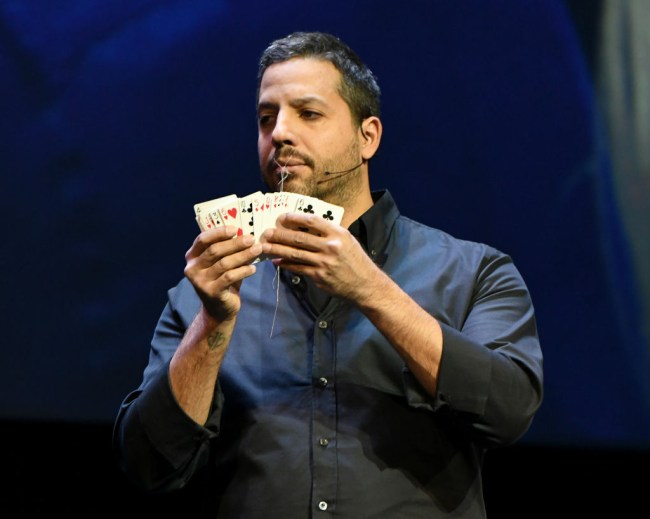 In a press conference on Monday, NYPD Chief of Detectives Dermot Shea said there was an active investigation by the department’s special victims division into the master illusionist. Shea did not provide any additional details. There are sources who say that the allegations are outside the statute of limitations, but the NYPD is taking the allegations very seriously and investigating the sexual assault claims.

The Daily Beast reported on Monday that two women are accusing Blaine of sexual assault. Sources allege that the sexual assault happened inside Blaine’s Manhattan apartment in 1998.

There are also reports that there was an investigation into Blaine about a year ago, but that investigation has been closed. During the height of the #MeToo movement in 2017 after numerous accusers stepped forward to claim they were assaulted by Harvey Weinstein, a model alleged that she was attacked by Blaine. Model Natasha Prince claimed that she met Blaine at a nightclub in the summer of 2004 and he raped her at a private home in London’s Chelsea neighborhood. Scotland Yard detectives performed an investigation but no action was taken against Blaine. The magician vehemently denied the charges made against him.

David Blaine is a magician, illusionist and “endurance artist” who started out as a street performer. In 1999, Blaine was buried in a plexiglass coffin under a three-ton tank filled with water in New York City for seven days without food and only drank two to three tablespoons of water a day.

In 2000, Blaine performed a stunt called “Frozen in Time.” He was encased in a large block of ice in Times Square, but failed to last until the planned 72 hours. In 2003, Blaine locked himself in a transparent plexiglas case that was suspended 30 feet in the air in London. Blaine lasted 44 days in the case where he only drank water and did not eat food. The 45-year-old Blaine is currently scheduled to begin his European tour in June.