Is It OK To Make Fun Of People Who Get Sick After Publicly Stating They’re Not Wearing A Mask? 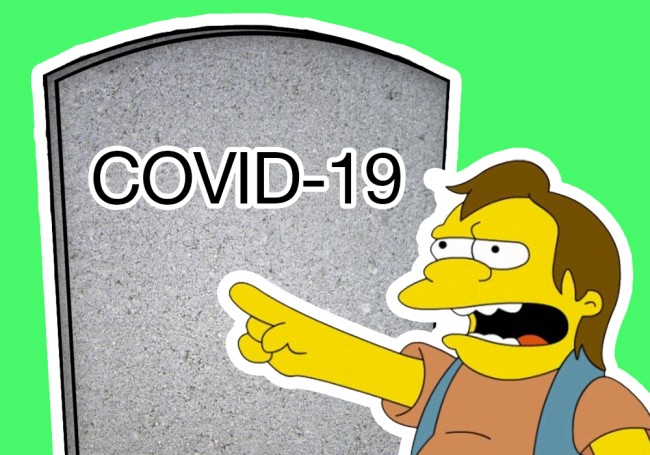 Richard Rose served in the Army for nine years, including two tours in Iraq and Afghanistan.

On April 28, Rose posted on Facebook that he refuses to wear a mask in public.

“Let [me] make this clear,” Rose wrote. “I’m not buying a fucking mask. I’ve made it this far by not buying into that damn hype.”

Rose died on July 4 from coronavirus complications. He was 37.

After his death, Rose’s original Facebook post about not wearing a mask went viral, being shared close to 20,000 times. Many of the comments mocked Rose’s stance on mask-wearing.

One person wrote: “And now you’re dead. Bet your family wishes you would’ve worn a mask.”

Nick Conley, a friend of Rose’s, told WOIO in Ohio that the ridicule is “uncalled for” but does hope that his friend’s masks’ stance serves as a warning to others.

Richard Rose made a choice to not wear a mask. It’s a personal choice that should remain personal, but this is a social media world. Our opinions must be posted for the world to read, even when no one specifically asked.

There’s a strong chance that Rose’s anti-mask stance comes from being in the military and years of proving he’s tougher than the next soldier.

Still, I doubt Rose ever embarked on a mission in Iraq and Afghanistan without the proper equipment.

“Nah, I don’t need armor or protection. I don’t believe in all the getting shot hype,” likely never came out of his mouth.

Though coronavirus might miss many of us, cancel culture is coming for all of us eventually. Our opinions, no matter how long ago expressed, will one day come back and bite us on the ass. Even if the opinion is a 180-degree turn from a person’s current philosophy or opinion and especially if we end up dead because of our stance.

A few weeks ago, our own Francis Ellis wrote about being canceled. He’s learned many different things since being publicly canceled. Not only did the public shaming help him grow as a person, but telling his story might help others to overcome prior bonehead opinions, or at least teach people to maybe keep quiet about certain feelings.

Rose obit said he “enjoyed social media,” which means the Army veteran knew precisely how the medium works. In fact, in his final days, Rose posted updates and memes about his failing health.

Rose posted on July 1 that he had been “very sick the past few days” and later wrote, “Well. I’m officially under quarantine for the next 14 days. I just tested positive for COVID-19. Sucks because I had just started a new job!”

The next day, Rose wrote, “This COVID shit sucks! I’m so out of breath just sitting here.”

The 37-year-old’s final post came a day before his death. He posted a meme saying, “When you see me in heaven, don’t s–t yourself you judgmental pricks.”

In that last statement, Rose knew his days were numbered and understood that he’d be judged for his choices but would still make it to heaven.

At any point, Rose could have taken down his original post or just stated, “I was wrong, COVID is serious, wear a fucking mask.”

But he didn’t, and for that, maybe his social media account does need to stand untouched as a warning that COVID isn’t a joke. It’s not hype.

Rose’s friend Nick Conley called the tragedy “horrible,” adding that “the even more tragic part of that is who else became infected because of the actions that he chose.”

This quote sounds like Rose’s decision has also affected his family. He’s possibly infected multiple people at home or at his new job.

Wearing a mask is a choice, but not wearing a mask could have repercussions on yourself and on people actively trying to stay healthy and stop the virus from spreading.

Nothing good comes from making fun of a person who dies based on their choices. Rose is gone, he’s not going to learn anything from a GIF comment.

The only people reading the mean comments are the families of the deceased, and, for all we know, those loved ones probably urged Rose to put a damn mask on every day.

Just like stating “I’m not wearing a mask” should be kept private, so should the opinions about people who don’t wear masks. Even if those people end up being 100% wrong.

Being put into the ground is the ultimate punishment and nothing positive comes from shoveling more dirt on the grave.