Today Is The One-Year Anniversary Of My Cancelling; Here’s What I Haven’t Learned 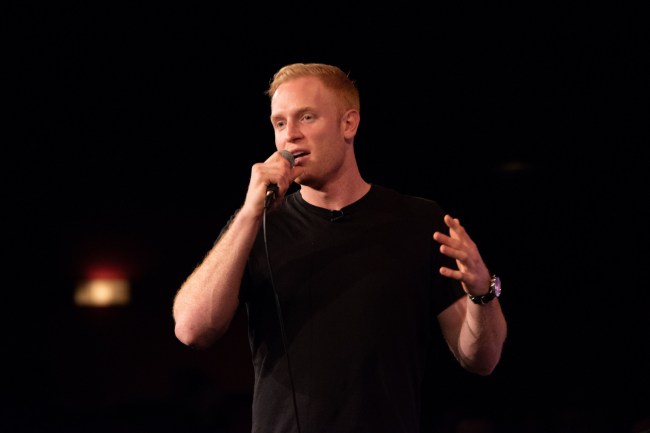 One year ago today, I was cancelled. Big time. As in, national news outlets-cancelled; can’t stomach solid food for three days-cancelled; can’t hear what people are saying because you’re so consumed with fear that your life is over-cancelled. Cancelled where you start to think that maybe they’re right—maybe you are a monster, maybe it won’t blow over, maybe you should do something drastic. Drowning, disorienting, sleepless, crushing cancelled.

If you haven’t heard the story, I told it on stage back when live comedy was a thing:

There were a few things that helped break the daze and shook me back to earth. First, obviously, friends and family. My girlfriend was with me—staunch, encouraging, offering perspective, forcing me to get outside and move around. My manager and agent stuck with me and said to take two weeks and then be ready to fucking work. Comedians whom I admired immensely called me to express their support, told me I wasn’t finished, and had me on their podcasts. Almost every single one of my former coworkers wrote or called to wish me the best. And even my old bosses who had fired me wrote me kind messages, which was huge.

Then, within a few days, professional opportunities started to flicker. Companies reached out to see if I might want to come work for them. I passed, not wanting to rush into anything, needing to make sure I took a breath and made informed decisions. I wanted to build my own things. I started a podcast with my friend Giulio about mistakes. I partnered with the incredible Ashley Hesseltine, of Girls Gotta Eat fame, to put on a monthly standup show called Stay Humble at the Stand comedy club. I got booked for more weekend headlining gigs around the country than I’d had before. Brands reached out to have me do sponsored posts and collaborations. And after a few months, I took an incredible offer from BroBible.

In the past year, Ashley and my show at the Stand has sold out every single time—9 in a row. I sold out Gotham Comedy club, twice. I sold out Helium in Philly. My social media following grew over 26%, and it went from being 84% male/16% female to 67% male/33% female. Our podcast Oops is on the cusp of 1,000,000 downloads. I love my job and the BroBible team. I don’t feel like I’m back; I feel like I’m further. And that’s exciting.

Here’s what I have and haven’t learned:

I HAVE learned that some jokes just aren’t worth it. I’ve learned to run riskier ideas by a group of comedian friends before I post them. I’ve learned that the more diverse your consulting panel is, the better advice you’ll get. I send videos I’ve made, or tweets I’ve written, to women comic friends or black comic friends before I air them to check that I’m not about to fry myself again. Not only do they tell me if something might go poorly, they tell me if it isn’t funny whatsoever. Thanks for that, team.

I’ve learned that not all cancellations are levied equally. The world maintains better perspective than I thought. Even the angriest, wokest crusaders seem able to qualify the difference between someone like me—who wrote a stupid, tasteless blog about a terrible, tragic story—and someone who commits a crime or whose disgusting actions are revealed.

I’ve learned that partnering and performing with funny women leads to different thinking, discoveries, and a new depth of humor that can be so much more interesting and fun. I’ve learned to let things go more easily. I’ve learned that people will hate me regardless of what I write, say, or how I live my life, and there is nothing I can do to change their minds so I might as well go play golf. Speaking of, I’ve learned that swinging my driver as hard as I possibly can will lead to occasional oooohss and ahhhhs from the group, but more often it leads to lost balls, penalty strokes, and a much higher score. So I’m laying off and picking my spots. How about that for a metaphor?

I’ve learned that I like hanging out with babies a lot. God, they’re fun. I’d like to have one someday.

And the biggest thing I’ve learned is that even if you were cancelled, people will still try to cancel you. The cancel game doesn’t sleep. And if people are trying to cancel me again, it must mean that the first cancelling didn’t stick. Cancelers don’t come after someone unless they see something to cancel, just as charities don’t email you for donations if you’re broke, and exes don’t reconnect if you’re a hapless, downtrodden, haggard piece of shit now.

These days, when I post something good, someone inevitably tells me I’ve “still got it.”

But I believe I’m only starting to get it.

PS- I know this might read as a self-congratulatory piece; sorry I’m not sorry. Today had me thinking back on just how dark things were a year ago, and how differently I feel today, and I’m fucking proud and thankful. I want to personally thank BroBible for taking a chance on me and giving me an audience and a job. Same goes for my Oops crew, Giulio Gallarotti and Chris Caso. I owe so much to my cohost and friend Ashley Hesseltine, thank you. To so many comics and friends who reached out and supported me when I was at my most toxic: Andrew Schulz, Tim Dillon, Theo Von, Charles McBee, Ricky Velez, Rayna Greenberg, Eric Neumann, Hannah Berner, Mike Cannon, Mike Feeney, Jon Borromeo, Patrick Milligan and everyone at the Stand, the Legion of Skanks guys, Tank Sinatra, everyone who wrote me a supportive DM or email, and to my old friends and bosses at Barstool for everything. Special thanks to Large and Willie and the Breakfast team, miss you all. To so many I’ve forgotten, thank you.