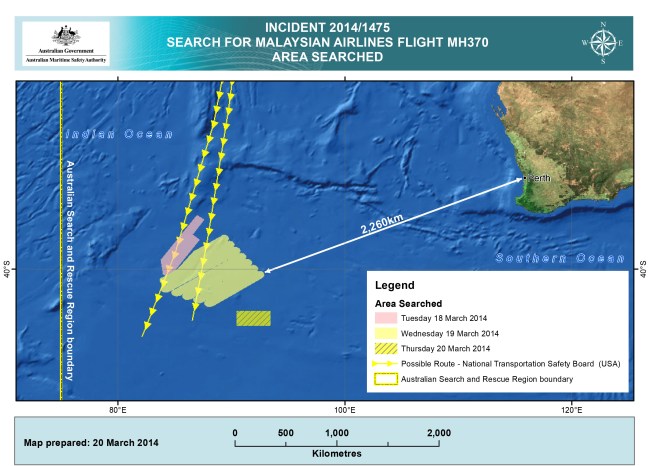 It’s been over five years since Malaysia Airlines Flight 370 vanished without a trace in one of the greatest aviation mysteries this world has ever known.

Amazingly, we still have practically zero idea what really went happened to cause a jet filled with 239 people to just disappear off the face of the Earth.

Well, we did have no idea… until now! Maybe.

That’s because journalist Ean Higgins, the author of The Hunt for MH370 has it all figured out, and his theory about what happened, it is a doozy.

The Daily Express has the scoop…

Mr. Shrubb explained to Mr Higgins that the pilot wanted to leave his wife Faiza Khanum Mustafa Khan, but it would be difficult given his Muslim faith, so he designed an elaborate plan to escape his life.

Mr. Higgins’ book claimed Mr Shah had numerous mistresses over the years, but Rina with her “long, lustrous hair and sensuous figure” was his favourite.

What’s more, Rina apparently came into a large inheritance before she met Mr. Shah while working on the security scanners at Kuala Lumpur Airport.

Juicy stuff, as Higgins went on to write, “The love tryst couple decided on an elaborate plan to elope and secretly establish a new life in another obscure but pleasant Asian country.”

Here’s where it gets weird(er).

Higgins’ theory claims Shah scored two stolen passports the night before the flight, packed his bags with extra warm clothes, a bright waterproof flashlight, a whistle and a parachute.

Then while in the air Shah depressurized the plane, knocking everyone out or killing them thanks to hypoxia (when the body is deprived of adequate oxygen).

Finally, at the point where the plane was out of radar range, Shah then lowered the plane to 3,000 feet and slowed it down so he could spot the fishing boat he was supposed to meet at certain coordinates, strapped on a life jacket and parachuted out to meet up his lady love waiting in the water below.

“He returned to the passenger cabin and opened one of the exit doors just behind the wings, after pushing a lifeless flight attendant who had collapsed there out of the way,” wrote Higgins about Shah’s daring escape from the plane.

That is all startingly specific. How Higgins and/or Shrubb came upon this knowledge when for five years no one else has is almost beyond comprehension, right? Also, if it’s true, that puts Shah right there in the upper echelon of history’s all time mass murderers.

However, if you think that’s specific? Check this out…

He wrote: “Within 15 minutes the love of her life was safely aboard and in her arms, ready to secretly elope overseas and start a new life, the cash from the inheritance secure in the hold.”

Mr. Shah was reported to have been having marital issues at the time of MH370’s disappearance and he allegedly bombarded several models on social media with sexually suggestive comments.

Some buzzkills in the press have called this theory “sensational” and “far-fetched,” but I prefer Higgins’ reason for liking it so much: he says it’s because both plausible as well as “imaginative.”

Of that, there is zero doubt.