Guy Accused Of Robbing Kim Kardashian In Paris Wrote A Book About It, And He Hasn’t Even Gone To Trial Yet 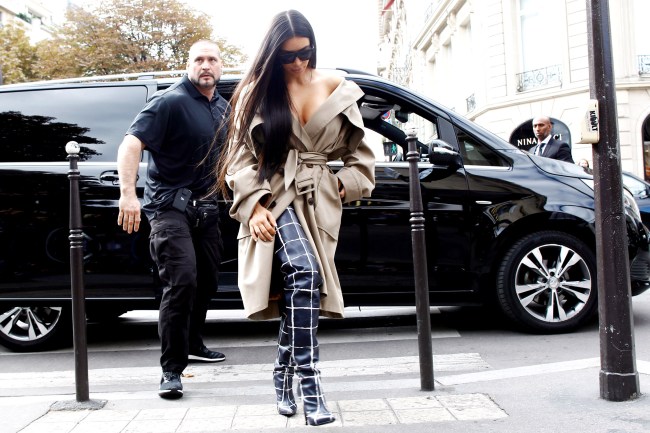 Back in 2016, Kim Kardashian was robbed of $10 million worth of jewelry that was never recovered. (That’s Kim pictured above shortly before the robbery with her bodyguard Pascal Duvier, who apparently was not around when she got robbed?)

Now, one of them who stands accused in the crime, Yunice Abbas, has written a book called I Sequestered Kim Kardashian.

In the book, Abbas details how he and four other accused robbers dressed up as police officers, entered Kardashian’s room at the Hotel de Pourtalès, held her at gunpoint, and fled on bikes. Yes, bikes.

An excerpt from the book was published this week by the French edition of Closer, and it is pretty wild.

“Our two fatal beauties have for a long time stubbornly insisted on dialing 911,” said Yunice Abbas in I Kidnapped Kim Kardashian. The emergency number of the United States police. Not very efficient when you’re in Paris. An astonishing reaction, which surprised the robber.

In his book, he also says that Kim Kardashian “was conciliatory” when the criminals arrived, in particular because she quickly realized that “her attackers did not want her life”.

Yunice Abbas also confides on how they spotted the place before Kim Kardashian arrived. And to do this, the gang was able to count on particular detectives: grandpas and grandmas. “What could be more reassuring than elderly people, as peaceful as they are anonymous, in order to glean as much information as possible on the spot,” he recalls.

Abbas also related how they mistakenly took Kardashian’s phone with them when they fled only to have it ring with none other than famous singer Tracy Chapman on the other end.

After dropping some of the stolen loot during the getaway, he says, “In the most complete haste, I pick up the valuables. This time, my rear wheel is punctured. As I passed a marauding police car, a totally incongruous telephone ringing made me jump,” he writes. “Before my incredulous eyes, a name then appeared on the luminous screen. Not possible … I’m hallucinating!”

Abbas might still be not seeing things very clearly as the book is basically a written confession for the crime that he has been awaiting trial for since his 2017 arrest in the case.