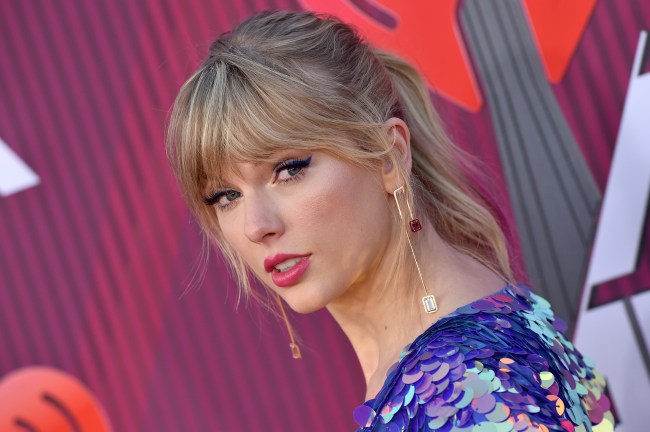 “No one acts more foolishly than a wise man in love.”

David Page Liddle knows this all too well, as the of Des Moines, Iowa man ended up in handcuffs (not the good kind) after he showed up to the Rhode Island beachfront mansion of Taylor Swift looking to “catch up” with the pop star.

Looking to catch up isn’t a crime, but arming yourself with a backpack of stuffed with burglary equipment and an aluminum bat is a bit more dubious.

“He kept telling us he knew her personally and was just coming to visit,” Westerly Police Chief Shawn Lacey told The Westerly Sun. “He said he was trying to launch his singing career and she had agreed to help.”

Police then discovered more than 30 lock picks, screwdrivers, a crowbar, a window-entry rake, a flashlight, several pairs of rubber gloves and other tools in the 32-year-old’s backpack. He was charged with possession of burglary tools and possession of a prohibited weapon other than a firearm and held over the weekend in custody.

“He has a history — security guards at the home told us that he was already on a watch list because there were concerns he could pose a threat,” said Westerly Police Chief Shawn Lacey. “It is our understanding that he may have visited other properties belonging to Taylor Swift in the past.”

You can’t knock the dude’s dedication. He told police that he had just arrived in town that day by way of train from New York City. He said he traveled to Nashville and Memphis before stopping in Rhode Island, all to “catch up with Taylor Swift.”

Swift is no stranger to obsessive stalkers. A Florida man sentenced to up to four years in prison in April after breaking into Swift’s Manhattan townhouse just one month after he was released from jail for literally the same crime.

I think it’s safe to say that these two dudes have carved themselves a verse in Taylor’s upcoming heartbreak album. Sometimes you need to go above and beyond and do a few years in jail to secure a spot in music history.