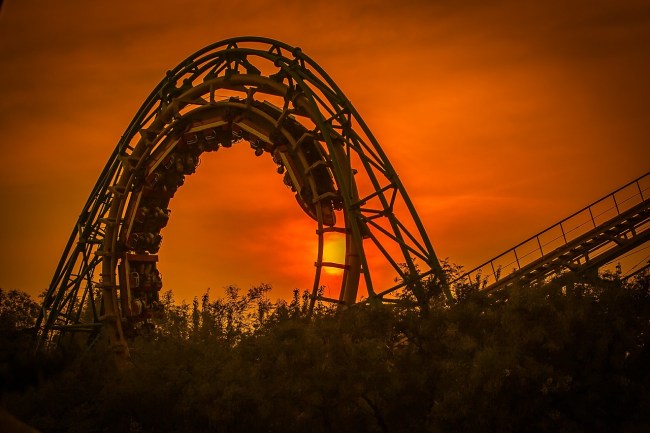 A man riding a roller coaster saved a fellow rider from a nasty injury when he made an incredible catch of a phone flying through the air during the amusement park ride.

Thanks to his 100 awareness and lightning-quick reflexes, Kempf was able to snag a cell phone before it smashed someone in the face or plummeted to the ground. Video shows the moment during the roller coaster ride that Kempf made an amazing catch of the iPhone X that was hurtling through the air. I guess you could say that there’s great phone reception on that roller coaster.

He just caught a strangers cell phone on a roller coaster 😳📱 pic.twitter.com/vpBKMEh64G

Maybe the Raiders should give this dude a tryout. A thrillseeker a few rows ahead of Kempf dropping his phone mid-ride.

“He was trying to reach down and grab it but because he was locked in he couldn’t reach it,” Kempf told Stuff New Zealand. “And I just jokingly said to my brother and the people we were with ‘get ready to catch.'”

“The ride started and I totally forgot about it because I was just in the moment because it was such a good ride and then after the first drop we rose up and I just saw the phone drift across my view so I reached out and managed to catch it.” Kempf returned the phone to the rightful owner, who gave him a big hug and bought the roller coaster video for making the amazing catch.

It turns out that Kempf is an athlete. Kempf, who is from New Zealand, was in Europe representing his country at the Fistballing World Championships (say what now?) in Switzerland. While visiting family in Spain, they went to the popular theme park. Instant legend.