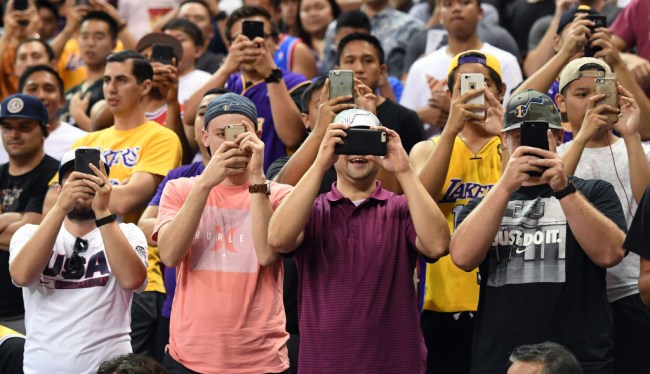 Back in 2004, Jay-Z had his fair share of problems, but a bitch, however, was not one of them. This was misleading and insincere, as he and Beyonce had made their red carpet debut that year and had been consistently talking on the phone for hours at a time for three years prior. Now I would never say that Beyonce constitutes a ‘bitch,’ but in the rap game, if you have female reproductive parts, you unfortunately fall under that category. I don’t make the rules.

Nearly 15 years later, it is still one of the most recognizable and oft used hooks in post-Tupac/Biggie rap history.

And the mere utterance of the phrase nearly got one unlucky man put behind bars.

A Tennessee man named Davon Eddington he was in his backyard last week in Spring Hill, Tennessee drinking a beer and talking to his brother on the phone when he used the phrase, “I got 99 problems, but a bitch ain’t one.” According to TMZ, Davon used the ’99 Problems’ line in response to his brother calling him a bandwagon Lakers fan.

That’s when shit got weird.

A neighbor reportedly overheard the phone conversation and misinterpreted the lyric to suggest that Davon was beating his fiancee, who happened to be upstairs enjoying a bath.

Cops rushed to Davon’s property with guns drawn to confront the alleged domestic abuser, only to realize it was a total misunderstanding. The cops ultimately apologized and went on their way. As far as Davon’s relationship with his trigger-happy neighbor, I’d have to imagine they won’t be having joint barbecues anytime soon.