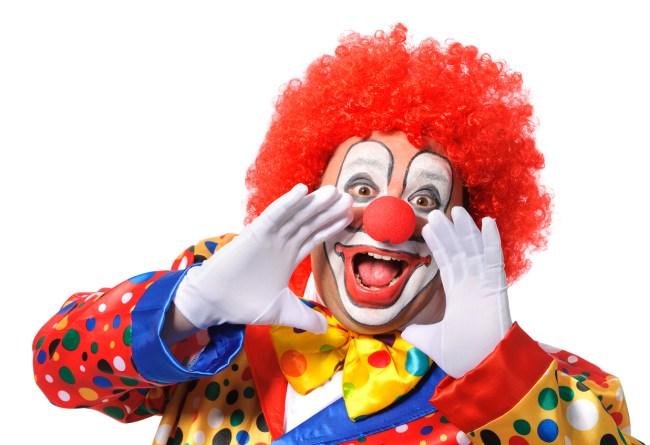 Getting fired from your job can be one of the most traumatic and stressful events in your life. So how does one deal with the grim reality of losing your job? Do you start searching for a new job? Start drinking? Or get yourself an emotional support clown?

We take you to New Zealand where one gentleman took lemons and made lemonade when he was about to be fired from his job. A New Zealand advertising agency lost a lucrative client in Vodafone. The ad company was forced to make cutbacks, including laying off employees, including employee Joshua Jack.

Knowing he was getting fired, Joshua had one last move before he was terminated. Joshua spent $200 to hire an emotional support clown named “Joe” to get him through his redundancy meeting. Not sure spending $200 is a great idea when you’re looking at your income getting slashed, but Joe is “one of the best clowns in Auckland.” And hey, maybe the boss has a fear of clown and runs out of the room without firing you.

“It did talk about being able to bring a support person,” Jack said. “I thought it’s either a promotion or worse. I thought it was best to bring in a professional — so I paid $200 and hired a clown.” I would have brought The Mountain from Game of Thrones as my emotional support person.

In his last meeting with human resources, the emotional support clown mimed crying as Jack’s employers gave him a pink slip. The clown created balloon animals such as a unicorn and a poodle in an effort to break the tension. Not exactly sure if this strategy made the employers regret their decision to fire this man.

This man brought an ’emotional support clown’ to his redundancy meeting and it’s brillianthttps://t.co/wqTfix2SFL pic.twitter.com/F0uKbHrJAu

“They were getting a free service and also getting the entertainment from Joe the clown,” Jack said. “It was sort of noisy, him making balloon animals, so we did have to tell him to be quiet from time-to-time.” He should have brought Pennywise to the meeting.

RELATED: Woman Delays Frontier Flight For 2 Hours Because She Was Hell-Bent On Flying With Her Emotional Support Squirrel