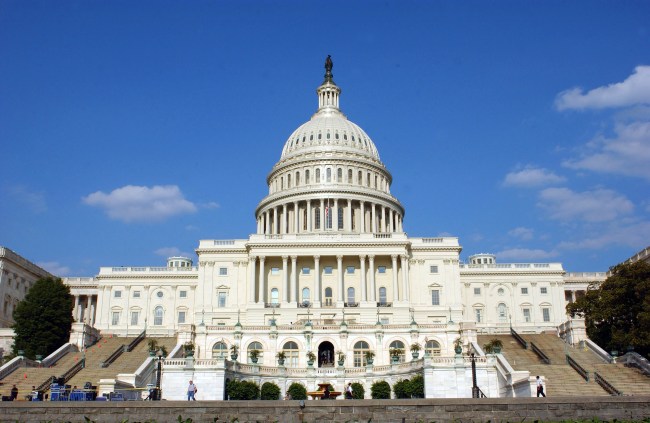 When breaking into a federal government building it’s probably not a good idea to wear your work badge for everyone to see.

During Wednesday’s riots in Washington D.C., a man standing next to the now-infamous “Q-Anon Shaman” was spotted wearing his work badge while storming the Capitol building.

"QAnon Shaman" who stormed Capitol denies he is antifa as conspiracy theorists turn on him https://t.co/AuUsCev1Nv

This genius wore his work badge while storming the Capitol.🤣🤣🤣 pic.twitter.com/dyJPmFNE7E

After the photo went viral on social media, people started contacting the company on the badge seen in the picture. The company, Navistar Direct Marketing, immediately put the man on administrative leave while they investigated the matter.

So I sent that pic to them via FB messenger. Here’s the automated response. pic.twitter.com/mOQdOHfuE4

Navistar Direct Marketing would later announce they terminated the man with “cause” in a statement posted on Facebook.

NEW: A Maryland company has terminated one of its employees after he was apparently captured in a picture during the mob riot in the Capitol yesterday. @wbaltv11 pic.twitter.com/flxRhdmP3P

“Navistar Direct Marketing was made aware that a man wearing a Navistar company badge was seen inside the U.S. Capitol on January 6, 2021 during the security breach,” “After review of the photographic evidence the employee in question has been terminated for cause.”

“While we support all employee’s right to peaceful, lawful exercise of free speech, any employee demonstrating dangerous conduct that endangers the health and safety of others will no longer have an employment opportunity with Navistar Direct Marketing,”