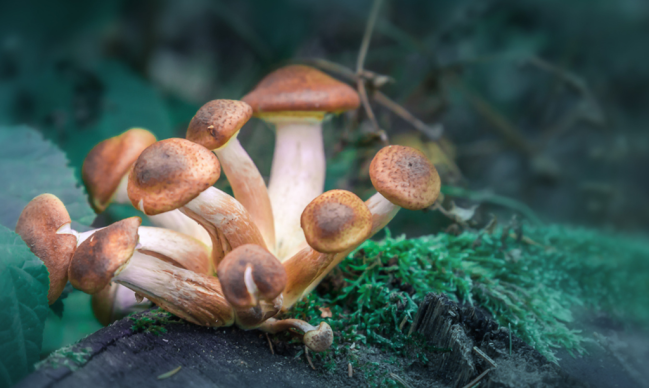 The jury is still out on the merits of the “Stoned Ape Theory” that was floated in Terrence McKenna’s Food of the Gods, where the famed psychonaut posited that the evolution of early humans was heavily influenced by the various hallucinogenic plants they stumbled across while foraging for sustenance—most notably the psilocybin-based fungi commonly referred to as “magic mushrooms.”

McKenna believed that our ancestor’s brains (and, in turn, the societies they constructed) were altered by the eye-opening journeys that come with tripping balls, and in the book, he argued that the eventual vilification and illegalization of the substances that induce those psychedelic adventures have had a detrimental impact on the modern world thanks to the progress that’s potentially been inhibited.

Again, there’s no real scientific consensus concerning those claims, but in recent years, more and more evidence has emerged concerning the potential benefits of hallucinogens when it comes to treating a variety of mental ailments, and in November, Oregon became the first state to legalize the use of psilocybin, meaning psychedelics for depression, anxiety, and other psychological issues exists.

The new law will finally make it possible for people to try these treatments in a controlled environment while being monitored by medical professionals, which is a decidedly better approach than the one taken by a man in Nebraska who attempted to whip up his own remedy at home with disastrous results.

According to Gizmodo, the unidentified 30-year-old—who was dealing with an opioid addiction and a bipolar disorder he’d recently stopped taking medicine for—came across some of the aforementioned research and decided to see if he could reap the benefits. Unfortunately, he didn’t do enough research to realize that making tea with magic mushrooms before shooting it into your veins is not the approach you want to take.

After he began to have diarrhea and started vomiting up blood, he realized it would probably be a good idea to go to the emergency room, where he was discovered some of his organs were failing as a result of the injection. He ultimately stayed in the hospital for 22 days (including an eight-day stint in the ICU) before being sent home with a prescription to help fight the lingering microbes.

If you somehow needed to be told injecting shrooms is a bad idea, I hope this helps drive the point home.