Military Veteran Who Was Sentenced To Life In Prison For Selling .69 Grams Of Weed Set Free After Nine Years Behind Bars 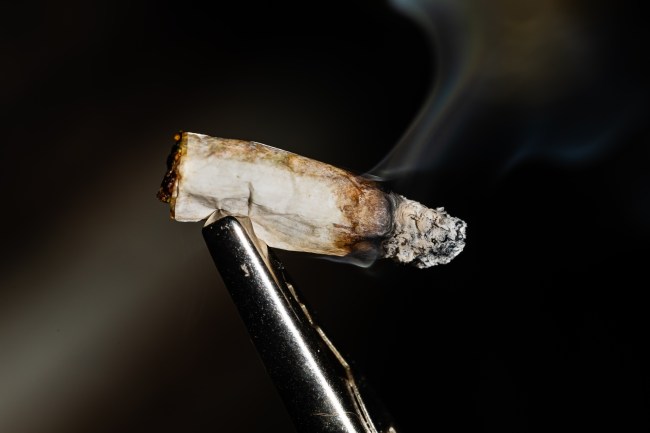 And Derek Harris, a military veteran who was arrested in 2008 in Louisiana for selling an undercover officer $30 worth of marijuana, was slapped with a life sentence.

Harris sold .69 grams to the officer and was originally sentenced to 15 years in prison, per the Louisiana Supreme Court. For those unfamiliar with weed denominations, .69 grams is about enough for one fat joint and will get no more than four people high.

Things got worse for Harris in 2012 when he was resentenced to life in prison in accordance with the Habitual Offender Law, which allows judges to impose stricter sentences on someone who’s been charged previously.

Military veteran Derek Harris, who was arrested in 2008 in Louisiana for selling an officer .69 grams of marijuana, was recently resentenced to time served. He's already served nine years in prison.https://t.co/b3Q8kpe5NL

Harris’ previous crimes were non-violent and a byproduct of a substance abuse problem he brought back from Desert Storm, a military operation during the Gulf War in response to Iraq’s invasion of Kuwait.

After nine years behind bars, this absurd miscarriage of justice has been rectified after the Louisiana Supreme Court granted him a new hearing last month and prosecutors agreed to release Harris from prison on time served, CNN reports.

Louisiana Supreme Court Justice John Weimer noted in his opinion that the trial judge said that Harris was “not a drug kingpin” and didn’t fit what they thought of “as a drug dealer, so far as I can tell.”

Harris is reportedly moving to be closer to family in Kentucky and that he was looking forward to spending time with his brother and his family.

The United States houses almost a quarter of the world’s prison population, with over 1 million arrests per year for drug possession alone.

In this same vein, I highly suggest listening to the recent Rogan podcast with Innocence Project Ambassador Josh Dubin about wrongful convictions in the country being the rule, not the exception.