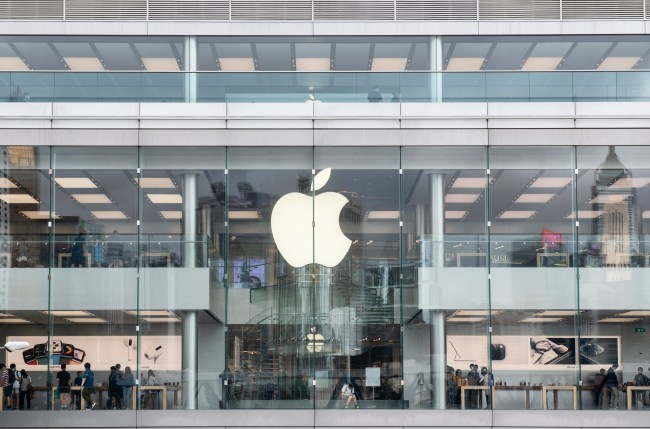 A Missouri man is throwing his hat in the ring to boast the title of World’s Richest Man, beating out Jeff Bezos by a paltry $850 billion if successful.

The man, 39-year-old Raevon Terrell Parker, is suing Apple (again) for $1 trillion for unforgivable injustices he encountered at an Apple Store in the fall of 2018.

“On October 29, 2018, Raevon Parker went to the Apple Store in Saint Louis device Galleria for a malfunction of his cellular device. The attendant in the Apple Store fixed the device but kept it by deceiving the Plaintiff knowing that it was the first phone to have new features,” Parker claimed in a statement filed at the US District Court in East Missouri on June 1.

“The damages that the Plaintiff is seeking is a trillion dollars. Due to hospitalizations, travel, distress, humiliation, embarrassment, defamation of character, I don’t think that the Plaintiff can be compensated for being labeled crazy.”

Apple Insider claims the “new features” included having the iPhone set up to “bypass certain start-up load screen options,” which enables the iPhones to “communicate with other devices faster and more accurately. A bolder claim in the earlier legal action includes a request for Parker to be compensated for the “discovery of the Group FaceTime feature.”

These features apparently aided Apple in “the creation of iOS 12,” which Parker believed he was due to be compensated over in the earlier lawsuit.

Parker sought a reasonable $2 trillion in the lawsuit from March 28, 2019.

Parker also claimed one Genius Bar employee called him “crazy” during their exchange, which attributed to the “humiliation, embarrassment, and defamation of character” he claims to have suffered in the lawsuit.

All of Parker’s lawsuits have thus far been dismissed. No swings, no hits.