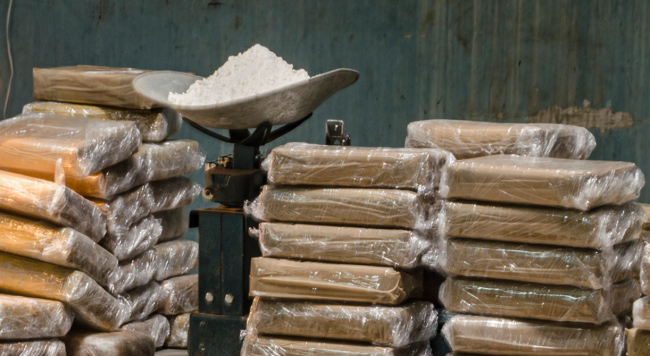 A man who was recently taking a stroll on a beach came across around 30 washed up black bags filled with cocaine worth over $100 million.

The man, who wisely asked to remain anonymous, was walking on Tan-y-Bwlch beach in Wales on Saturday when he spotted the bags tied together with rope and with empty plastic jugs attached, presumably to keep it afloat.

“I was out for my early morning walk when I saw something on the beach,” the man told ITV.com.

“I was intrigued and walked up to it and knew what it was almost straight away,” he continued. “An old lady called the police and they came around half an hour later. They cut open a bag and it looked like pure cocaine. They dragged it off the beach and took it away.”

DailyMailOnline.com reports that the 30 black bags each contained 30 packages of what appeared to be 1 kg bricks of cocaine.

“Dyfed-Powys Police is investigating the discovery of a significant quantity of what is thought to be cocaine, spotted along the Ceredigion coast this weekend,” the police department wrote on Facebook.

“Inquiries are being undertaken to establish how such an unusually large amount of the controlled drug came to wash up on the Welsh shore, following recent storms.”

The police added that officers “thanked those who found the packages and their sensible actions in reporting the matter immediately.”

So far no arrests have been made and the precise quantity of cocaine found on the beach is still being established.

According to WalesOnline.com, the last time a drug haul this large washed up on the British coast was when nearly a ton of cocaine washed up on beaches near Hastings and Newhaven in East Sussex in May of last year.