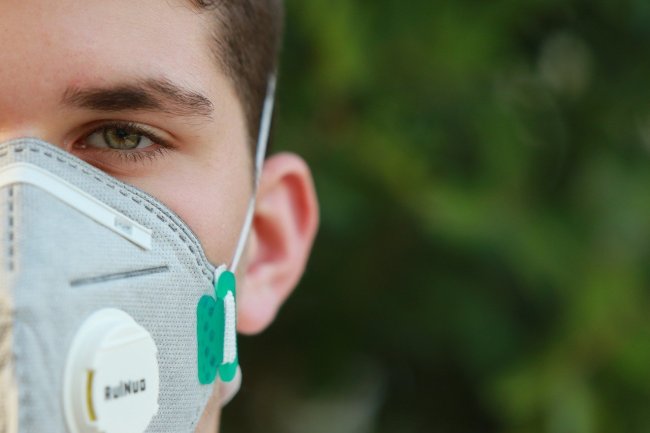 With the amount of misinformation being presented and flip-flopping that’s taken place throughout the pandemic, some people have lost their sense of reality. This isn’t to say that I don’t have sympathy for those whose lives have been ruined or taken by this horrible virus, I absolutely do, but there needs to be a line drawn at some point, and wearing a mask while having sex with your wife seems like a pretty good spot to draw it.

“I have been married to a great guy for five and a half years. He is handsome, sexy, funny, and kind. It’s true that he has always been a little “prissy” about illnesses, but I never thought it was a real problem. However, during the pandemic, his terror about getting sick has reached new levels,” the wife wrote.

“For the last year, he has refused to take off his face mask, even when we are at home—just the two of us. This is true even now that he is fully vaccinated for the virus. He wears it to sleep, to do most of his bathroom activities, and, yes, even during lovemaking.

To eat, he pulls it up to expose his mouth, and then quickly pulls it back down between bites. While he does not insist that I do the same, I can tell it bothers him that I don’t—especially because I have now started going maskless outside, per the CDC guidelines, and plan on restaurant dining inside soon for a girls’ night out.”

She also says that her husband hardly ever changes his mask, which makes it “smelly and soiled” and that she hasn’t kissed him directly on the lips throughout this whole thing, only through his mask.

The husband is also well-versed in the ‘trust the science’ jargon too, saying “scientists don’t fully understand the virus yet,” and “if there’s even a small chance that it can protect us, I’d rather be on the safe side, what’s the harm?” She’s asked him when he’s going to take the mask off and his go-to line is “when it’s safe for everyone.”

Just for the sake of this asinine story, we’re going to believe everything the wife wrote about is true. With that, I’ll just go ahead and say what everyone is thinking: this dude clearly has some sort of virus, mask-wearing fetish.