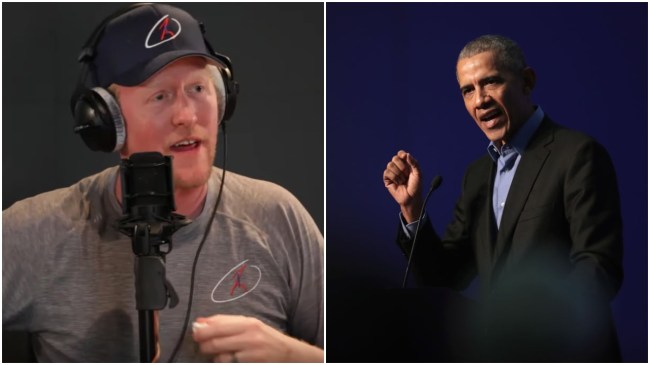 In a bone-chilling interview, Navy Seal Team 6 member Robert J. O’Neill describes the aftermath after he shot and killed Osama Bin Laden at a compound in Pakistan. Robert was joined by his father, Tom, for what was only his second interview since the raid took place.

Tom had a weird feeling that his son was on a life-threatening mission after receiving a phone call from Robert in a black hawk helicopter on the way to Bin Laden’s. He speaks on the moment President Barack Obama made the announcement to the American people that Bin Ladin had been shot and killed.

“We have a TV set up, president Obama came out walking, black suit, red tie, the red carpet and he said tonight I can report to the American people and to the world, the United States has conducted a mission that killed Osama Bin Laden, the leader of Al Qaeda,” Robert said. “I’m sitting there eating a breakfast sandwich, I hear the president say Osama Bin Laden, I look at Osama Bin Laden and I’m like, how the fuck did I get here from Butte, Montana?”

Tom describes screaming at the television begging Obama to comment on whether or not there were any casualties during the mission.

“My neighbors can hear me screaming at the television set, because I haven’t heard,” Tom explained. “I want to hear and I also don’t want to hear a word. I’m waiting for the military guys to come up (to his house) which I’m praying to God they don’t. It was horrible”

It is a riveting 50-minute interview, with this particular story starting at the 22-minute mark, that includes some never before heard details into one of the most memorable nights in American history.