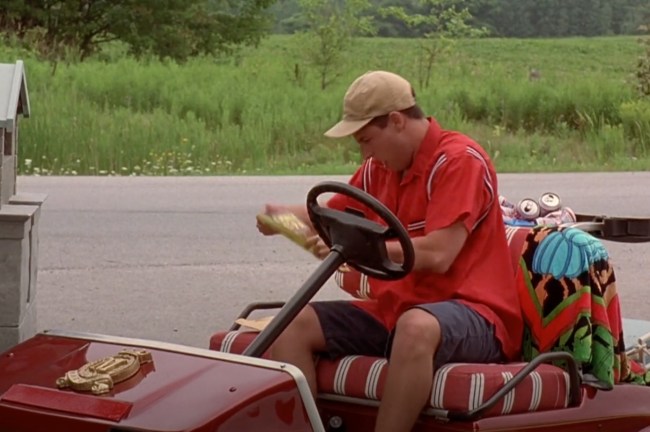 A 42-year-old man has won in court after he sued his parents for ‘wanton destruction of property’ after they tossed out his prized collection of adult magazines and films. The question now because what his trove of treasures was worth.

42-year-old David Werking moved in with his parents in 2016 after a divorce. He’d later move to Muncie, Indiana and the assumption was his parents would deliver all of his belongings including the ‘dozen boxes’ of adult magazines and films, some of which are irreplaceable now. He was wrong. His parents tossed out his glorious collection and the dad said he was doing David a favor! Dave’s dad would later write in an email “Frankly, David, I did you a big favor getting rid of all this stuff.”

David Werking believes his collection of rare films and magazines was worth ‘around $25,000’. That’s no insignificant amount to go missing overnight because your parents didn’t approve. David won his lawsuit and his attorney believes David should receive ‘treble damages, which is allowed under his claim of conversion of property,’ according to Mlive.

David’s attorney says this wasn’t about the content of the collection, it’s about how the valuable collection itself was “often irreplaceable items and property.” As for the legality of this win in court, here’s how it went down:

“Getting to the heart of the coconut now, the legal issue before the court is whether Paul and Beth converted David’s pornography ‘to their own use,’” Maloney wrote earlier.
In his latest ruling, he said: “As early as 1874, Michigan courts have recognized that conversion to one’s ‘own use’ was broad and could include destruction due to the converter’s ‘belief in [the destroyed item’s] deleterious effects.’”
The Michigan Supreme Court confirmed that conclusion in 2015, Maloney wrote.
“In this case, there is no question that the destroyed property was David’s property. Defendants repeatedly admitted that they destroyed the property, and they do not dispute that they destroyed the property. Therefore, the Court finds that there is no genuine dispute of material fact on David’s statutory conversion claim.” (via Mlive)

According to the report, this happened in 2017 after an “incident” where the police were called and the parents asked their son to leave the house for at least three days. He repeatedly called them on the phone and tried to retrieve his belongings, they ignored the calls and threw away his prized collection. The judge found that the parents wouldn’t allow him back to pick up his boxes and the parents were supposed to ship them to their son instead. They didn’t.

The parents claimed they told David he couldn’t bring the stuff into their home in the first place and say he ‘abandoned’ his property when he left. The judge didn’t agree. What’s wild is the parents thought some of the artifacts were so over-the-top they might’ve been illegal and instead of calling the police or destroying them they locked them up at the bank! “The parents had kept some materials, described as the “worst of the worst,” in a safety-deposit box, concerned it could be illegal.” The local Ottawa County Sheriff’s Department reviewed the items in the lockbox and found nothing wrong and no charges were filed.

According to MLive, both parties now have until mid-February ‘to file written submissions on damages’. I’m not a lawyer and I’ve never spent time in court for anything like this so I don’t know what happens after that but I assume a valuation of the lost property will be determined and then the parents will have some specified period of time to pay their son for his lost collection. Meanwhile, the dude’s out A LOT of irreplaceable films and magazines. You hate to see it.