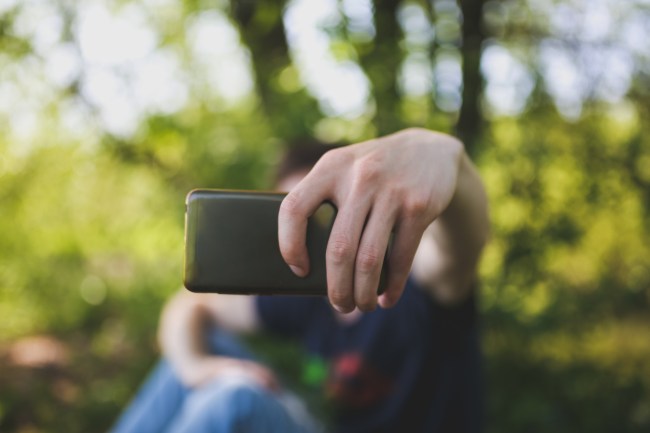 A Texas man facing 99 years of prison time was exonerated by the sheer power of a selfie.

Police showed up at 21-year-old Christopher Precopia’s work at a lumberyard in Georgetown, Texas in September of 2017 and threw him in cuffs for burglary with the intent to commit other crimes. A felony.

“I had no idea why everything was happening, and I was lost,” Chris told KVUE.

Precopia was hauled off to the Williamson County Jail where he was only released after his parents posted a $150,000 bail. All the while, Chris had no idea what the fuck he’d done. He was granted no interview with police to provide an alibi before he was charged, a tactic police experts would later admit to be presumptuous.

The reason he was behind bars was due to the completely fabricated story of a crazy ex-girlfriend who Chris had dated in HIGH SCHOOL. Chris couldn’t even remember when the two last had contact.

The girl, who remains unidentified because she’s not being charged with a crime, claimed that on Sept. 20, 2017 around 7:20 p.m, Chris broke into her house and sliced an “X” into her chest with a box cutter.

On the night of the alleged attack, Chris was with his mother, Erin, at a Northwest Austin hotel about 65 miles from his ex’s home. Now he needed to prove it.

Chris remembered that he had captured a selfie which he posted on Facebook and was timestamped and geo-located. A clear-cut alibi.

“Most of the time, we deal with gray matters,” attorney Rick Flores said. “It’s not normally black or white. But this is one of those cases where I could definitely prove he did not commit this offense.”

KVUE reports that Precopia’s accuser told police that the two had a rocky relationship when they dated in high school several years ago, which was why she reported that he assaulted her.

It should also be noted that when Chris met with a recruiter to enlist in the U.S. Army in October, he was rejected because of the violent crime he had been charged with last year. Since his name has been cleared, he is finally ready to move on from the incident.

“I’m ready to actually live my life, the way I want to, without having any kind of worry that this can come back and hurt me,” he said.

Moral of the story: Protect yourself from crazy. It knows no limits.