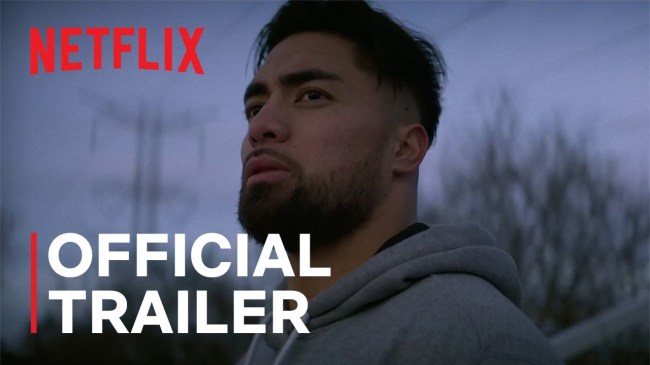 Talk about a blast from the past. In case you’re not old enough to remember Manti Te’o — which is a sentence that makes me feel insanely old in and of itself — we’ll run through a quick recap.

During his senior season at Notre Dame back in 2012, Te’o — fueled by the tragic story that his girlfriend had passed away due to a leukemia diagnosis — emergence as a Heisman Trophy candidate and was one of three finalists for the award, which is a rarity for a linebacker.

However, not long after the 2012 season, Deadspin published a report revealing that Te’o’s girlfriend actually did not exist and that he was instead being catfished by a man named Ronaiah Tuiasosopo, who was reportedly a family friend or acquaintance of Te’o. Te’o maintained his innocence and claimed that he lied to his family and friends about the nature of his “relationship becuase he felt he might be seen as “crazy” for carrying on a relationship with someone he’d never met in person.

Now, like seemingly all relatively interesting sports stories from the last 20 years, Te’o’s catfishing scandal is getting the documentary treatment as Netflix has just released the first trailer for Untold: The Girlfriend Who Didn’t Exist.

Netflix has released a trailer for Untold: The Girlfriend Who Didn’t Exist, a documentary about Manti Te’o’s fake girlfriend hoax

Here is the official synopsis for the upcoming documentary, via Netflix:

Born into a Hawaiian paradise, All-American football standout Manti Te’o leads a simple life summed up in just three words: faith, family, football. College football’s golden boy could do no wrong, but when tragedy strikes, the increased scrutiny of his online relationship causes a media maelstrom that threatens his future and legacy. Featuring in-depth interviews with Manti Te’o and the person behind the online identity, Ronaiah ‘Naya’ Tuiasosopo.

Despite the embarrassing saga, Te’o was ultimately selected in the second round of the 2013 NFL Draft by the then-San Diego Chargers, where he played until 2016. From there, Te’o went on to play for the New Orleans Saints and Chicago Bears, which was his most recent stop in the NFL back in 2020.

Untold: The Girlfriend Who Didn’t Exist will hit Netflix on August 16.