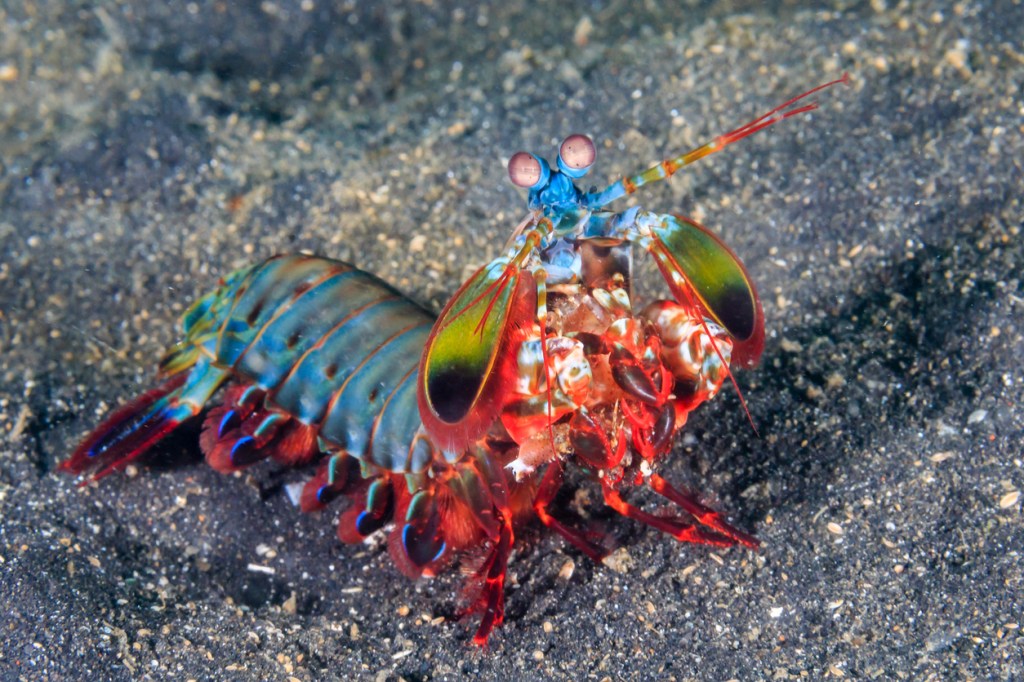 The alien-like Mantis Shrimp is said to have the strongest punch in the animal kingdom but most people never witness it. They spend most of their lives burrowed up on the ocean floor but occasionally fishermen will run afoul of them.

These ancient creatures have been around for millions of years and haven’t really changed much in appearance over time. This is obvious. They look like something you’d expect to find swimming in a bucket at a shady seafood market in an alley. And their ‘punch’ is simply unreal.

Let these numbers sink in real quick before watching the video. The Mantis Shrimp punch has measured acceleration of 335,000 ft/s2 and speeds of 51 MPH from a standing start. It moves so fast it creates ‘cavitation bubbles’ with a force of 1,500 newtons.

That’s about two-thirds of the force from a professional boxer. All of that coming from this tiny shrimp with claws. Now watch this dude kayak fishing get destroyed as the Mantis Shrimp attacks with lightning-fast speed and strikes through his brand new boot with ease.

Let this be a lesson to anyone out there who might come in contact with a Mantis Shrimp while fishing: cut the line and stay far, far away. They will mess your day up faster than you can blink. Going from 0-to-51 MPH at lightning speed and hitting you with the 2/3rds the force of a boxer. That’s not a ‘punch’ anyone wants to take.

For context, here’s what the Mantis Shrimp punch looks like in slow motion. This is a video filmed by the BBC a few years ago:

Absolutely terrifying creatures. We should avoid them at all costs. Unless they’re on a menu, then we should eat them.