Informative New US Map Shows The Average Tax Refund In Every State — How Do You Compare? 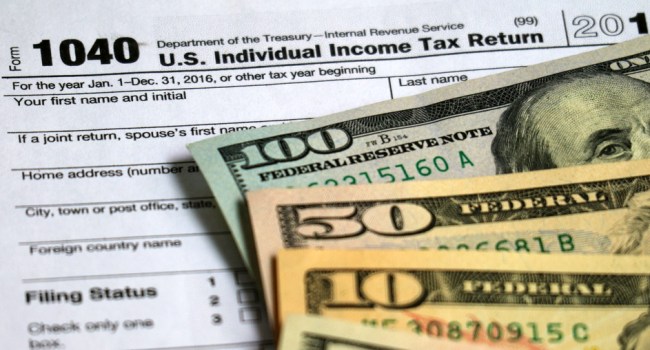 Tax season sucks. Most people dread it year after year. And that’s even if they’re getting a tax refund. It’s just such a pain.

That being said, every year the federal government gives back hundreds of billions of dollars to taxpayers who paid too much. (Why do we keep doing that?) For example, in 2017 the IRS returned a whopping $324 BILLION back to American taxpayers.

And get this: according to IRS data, the average tax refund per taxpayer was $2,895. Obviously, not everyone receives the same amount though.

In the map below, created by the financial wizards over at cost information website HowMuch.net, states are split into four groups depending of the size of their average tax refund. 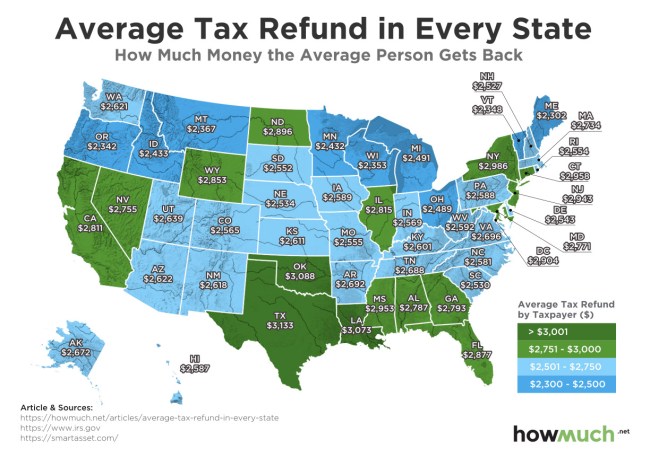 Notice anything? That’s right, only three states had an average tax refund above $3,000: Oklahoma, Texas and Louisiana. Residents of Texas received the biggest tax refunds on average at $3,133, while Maine had the lowest average tax refund in the country at $2,302 per person.

Also, and this is kind of interesting, eight of the 10 states with the lowest tax refund share a border with Canada. What’s up with that, eh?

From the looks of the rankings below and the map above, if you live up north and want to get a bigger tax refund each year, moving south could be one of your better options. Especially if you move to the Oklahoma-Texas-Louisiana area.

For the full list of average tax refunds in all 50 states in America, HowMuch.net put together a handy graph which you can view here.

And if you haven’t done your taxes yet, here’s some software and a couple of well-reviewed tax advice books that will get you started on the right track.