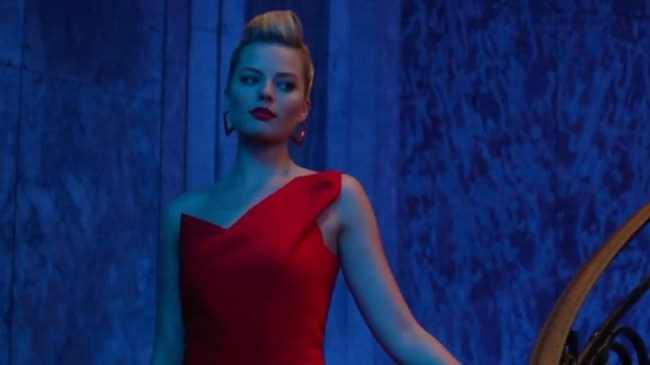 Margot Robbie is a femme fatale in the upcoming Terminal movie that follows a battle of assassins. In the first trailer for the noir thriller, there is a very Alice in Wonderland vibe with numerous references to the 1865 novel written by Lewis Carroll. “A place like no other, a land full of wonder, mystery, and danger,” the Australian actress says in a devious voice. “Some say, to survive it… you need to be as mad as a hatter. Which luckily, I am.”

Here’s the official synopsis: “In the dark heart of a sprawling, anonymous city, Terminal follows the twisting tales of two assassins carrying out a sinister mission, a teacher battling a fatal illness, an enigmatic janitor and a curious waitress leading a dangerous double life. Murderous consequences unravel in the dead of night as their lives all intertwine at the hands of a mysterious criminal mastermind hell-bent on revenge.”

Besides Robbie, who is fresh off her Best Actress Oscars nomination for I, Tonya, Terminal stars Simon Pegg, Mike Myers, Max Irons, and Dexter Fletcher. The film is the feature debut of director Vaughn Stein. Robbie is producing the movie as well, she also produced I, Tonya with her production company LuckyChap Entertainment. Terminal hits theaters on May 11, 2018.