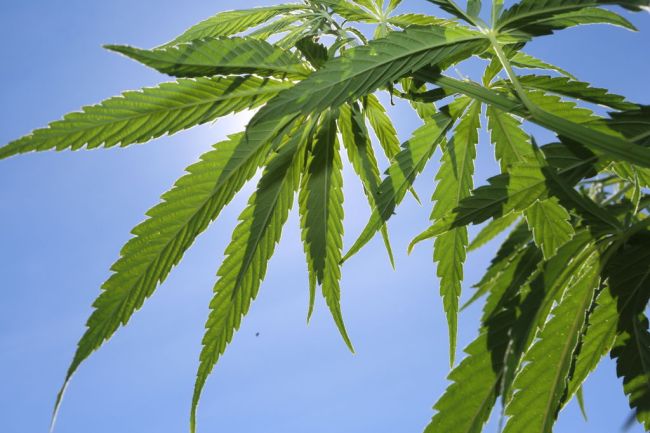 Hidden deep in a remote canyon of Death Valley National Park, rangers stumbled across a large, illegal marijuana grow. And this isn’t the first time. The park, located about three and a half hours from Los Angeles, straddles the border of California and Nevada but the larger portion of the land falls in the western-most state. Rangers discovered the 40 acre (about 30 football fields) grow-op in Jail Canyon, one of the more well-preserved areas of mining ruins in the country that sits at the bottom of the Panamint Mountains. Even though it has a rich history that is steeped in the Gold Rush age, the canyon is one of the least-visited parts of the park, which made it the ideal place to grow some hemp for one unknown individual. 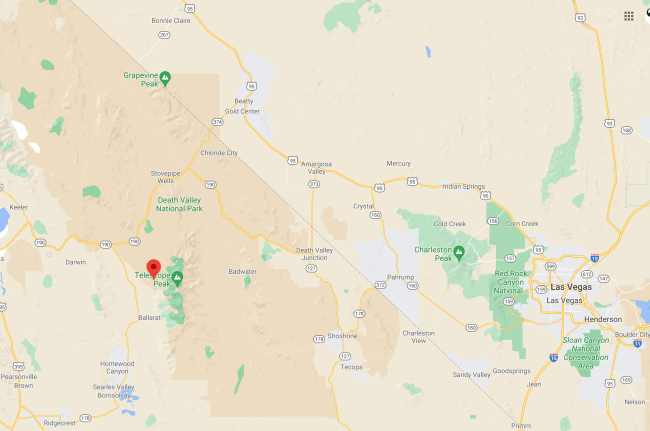 Although the state of California legalized marijuana in 2016, it is prohibited on federal lands, meaning all national parks, and an operation of this size is illegal everywhere without proper documentation, protocols, etc. It is not known who was cultivating the Jail Canyon pot farm, but this particular individual had himself quite the enterprise. Rangers flew over the area to “photograph the extent and to (hopefully) encourage the growers to abandon the site. 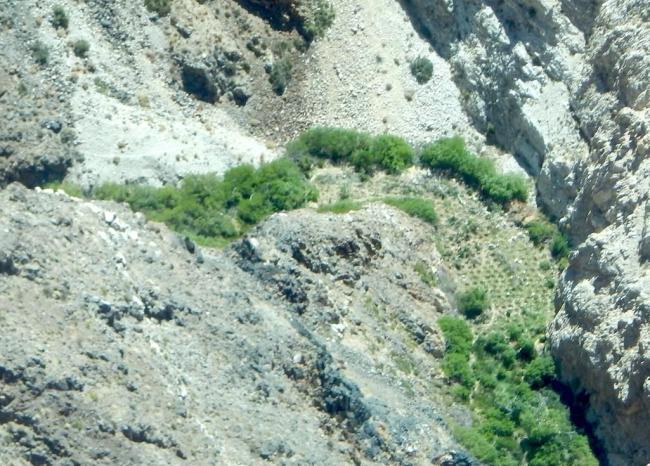 This illegal grow is one of hundreds that authorities have found in the past decade, officials said, and the concern is that these sites can significantly damage or completely destroy parts of the park with harmful chemicals. Carbofuran — one of the most toxic carbamate pesticides — and other dangerous synthetics have been found at previous grow sites in the park. By introducing pesticides, clearing land, poaching and modifying waterways, growers and their farms throw off the park’s natural and cultural resources, which can cause the entire surrounding area to change.

Jail Canyon will be closed while rangers continue to investigate the situation and determine how to eradicate the farm. It is also blocked off to visitors because illegal marijuana growers have also been known to threaten hikers who inadvertently came across their crops.

In August of 2020, agents working for the state and federal agencies spent three days destroying 42,306 plants at an undisclosed location within the park. The Inyo County Sheriff’s Office estimated that the street value of the plants fell somewhere between a staggering $84 million and $169 million. 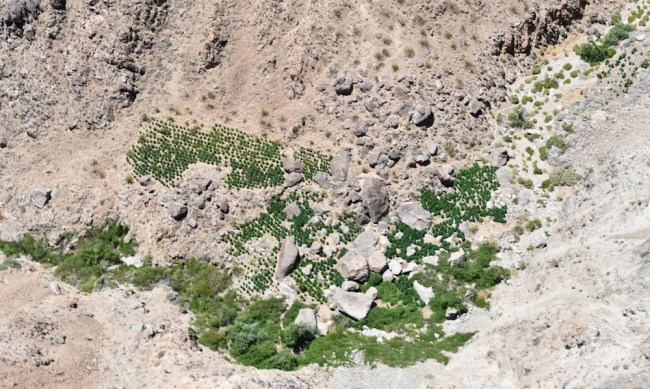 Two years prior, in 2018, hikers stumbled upon three men who they thought were working on a park project. In reality, the three individuals were working on an extensive hose system that pulled water from a nearby spring to irrigate thousands of cannabis plants. The hikers asked the men what they were doing, and one of the men told them that they were growing marijuana, asking whether they would tell the cops. They did not tell the cops, but they did tell the park. On July 3rd, National Park Service and Bureau of Land Management rangers raided the site and found more than 4,000 plants in four garden plots. None of the workers were on-site at the time of the raid and the plants were destroyed.

It is unclear how long any of these operations were in action, but by the size of them, it seems like the growers got away with their illegal activities for quite some time. The real question, however, is how the rangers destroy the plants. Do they cut them down or burn them up?