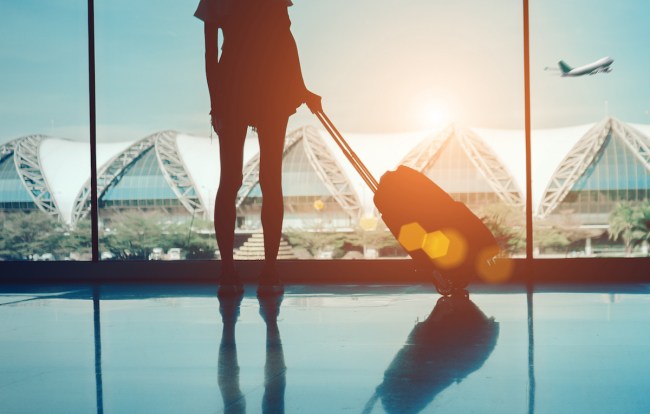 It feels as though Marilyn Hartman is attempting to set a world record for the most arrests for one specific crime.

The 69-year-old was recently arrested at Chicago’s O’Hare International Airport for trying to get on a flight without a ticket for the 22nd time.

Hartman’s latest arrest comes two weeks after a judge rejected a plea deal for probation for a previous attempt to stow away on a flight.

From the SF Gate:

This is the 22nd time she’s been arrested for attempting to sneak onto a flight or otherwise violating orders to stay away from airports.

Her first documented try was in February 2014 when Hartman made it all the way through SFO’s security and onto a flight to Hawaii.

She was busted when the seat’s real occupant got on board.

I’m mean, like, isn’t that always the way a person will get busted? Eventually, the person who has a ticket for that seat will show up. And then what? I guess you get cuffed and escourted off a flight twenty-two times.

The Chicago Tribune put together a timeline of Hartman’s twenty-two unsuccessful attempts and on more than a few occasions, she was busted for just being in the airport.

Back in 2014, police found Hartman at baggage claim. She was in violation of a court order “barring her from being at the airport unless she had a ticket to fly.” She served six months in the jail that same year just for walking into the airport again.

Just like me you’re probably wondering “ok, but why?”

CBS2 asked the same question when they sat down with Hartman for a rare interview. This story has all the makings of a Netflix documentary or TV movie.

“I don’t care at all if someone calls me crazy,” explains Hartman. “The story is crazy.”

The fact that Hartman was able to board flights to Paris and Copenhagen just a year after 9/11 without a ticket is absolutely mind-boggling.

Hartman is currently being held on a trespassing charge and officials of the Cook County Sheriff’s Office announced plans to seek a felony escape charge for Hartman.