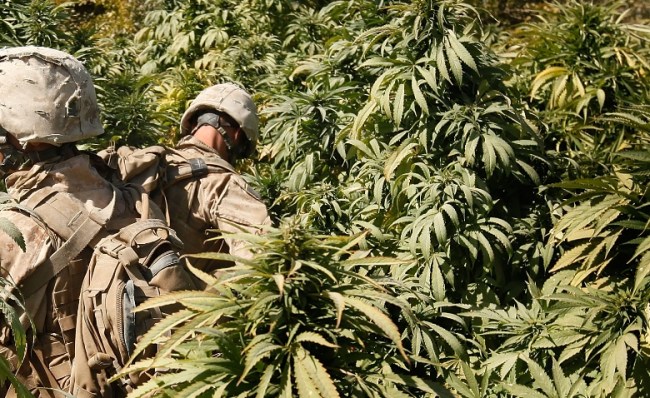 Angel Dominguez Ramirez Jr. utilized his training as a former Marine to develop a lucrative drug enterprise. Ramirez, who has dual citizenship to the U.S. and Mexico, joined the Los Zetas paramilitary cartel after his service. Known as “Zeta 39,” Ramirez opened his own drug trafficking organization called El Seguimiento 39.

Ramirez worked with other cartels including Joaquin “El Chapo” Guzman’s Sinaloa Cartel, the Beltran Leyva Organization, and the Cartel de Jalisco Nueva Generacion. Ramirez bought cocaine from Peru, Venezuela, and Ecuador, and processed it at his headquarters in Mexico. They trafficked the blow into the U.S. via boats, aircraft, and commercial vehicles across the southern borders of California and Texas. Authorities discovered a reverse pipeline that sent the profits back into Mexico.

Ramirez suffered the same fate as El Chapo, as one of his colleagues flipped on him. In 2017, Drug Enforcement Administration agents were looking for a leaker within their ranks who was providing sensitive inside information to El Seguimiento 39.

Ivan Reyes Arzate was a top federal police commander and the highest-ranking member of Mexico’s Sensitive Investigation Unit. He served as a liaison with U.S. law enforcement officials, privy to sensitive information about some of the most important U.S. investigations into drug cartels according to the San Diego Union-Tribune.

RELATED: El Chapo Juror Reveals Mistakes And What It Was Like To Convict Drug Kingpin: ‘I Was About To Have A Panic Attack’

Arzate reportedly provided important updates about DEA investigations to Ramirez. Eventually, DEA agents intercepted a call and determined that Reyes was the mole who contacted Dominguez through another trafficker. The informant was allegedly paid $1 million for his inside information.

In February 2017, Reyes turned himself in to authorities in Chicago and has been cooperating with authorities ever since to snag Ramirez. In November, Ramirez was sentenced to 40 months in prison. More than 41 people involved in the investigation have been arrested and many have pleaded guilty, and most likely ratted out Ramirez to get lesser sentences.

Ramirez was arrested in Mexico in 2016 and is awaiting extradition to San Diego for his crimes. Thus far, 5,000 kilograms, or about 11,000 pounds, of cocaine pertaining to the case have been seized and more than $9 million in drug proceeds.