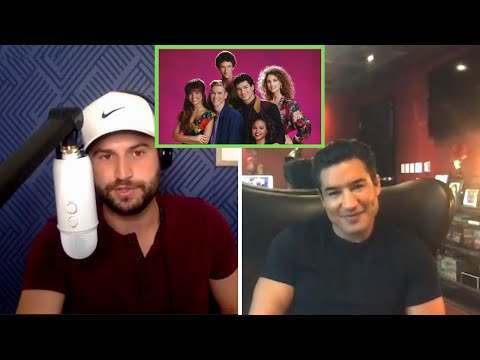 Mario Lopez is a hard guy not to like, on E News he seems to never have a bad day, and his role as AC Slater in ‘Saved By The Bell’ was definitely a successful one. The sitcom that started In 1989 became a household name that meshed perfectly with a Saturday morning and a bowl of cereal. Lopez agreed to partner with NBC and their new streaming service Peacock that launched in July 2020, to bring a ‘Saved By The Bell’ reboot to life.  I asked Lopez about it and just how good his days on the 1989 sitcom were.

“It is ironic that I am doing the show so many years later. You are just happy to be working at the time,” Lopez said. “It was a Saturday morning show so we weren’t making ‘Friends’ type of money. I was just feeling real blessed at the time. But later on you realize people might look at you in a certain type of light or character, that is why I got into other things like hosting and producing and trying to get my hustle on in other areas.”

It was a blast to interview Mario and of course he had his usual positive energy which led to a fun interview. He also discussed his partnership with General Mills Cereal in which he is hosting a drive-in event at the Rose Bowl to enjoy some cartoons and some new cereal flavors from General Mills.

Be sure to subscribe to The Brilliantly Dumb Show on YouTube and all other streaming platforms for the full interview with Lopez and much more.