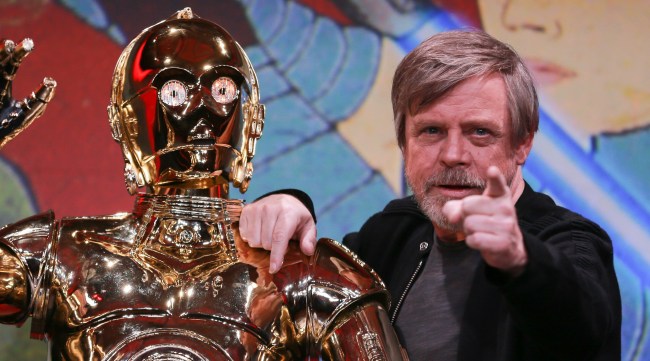 “Yes, we do have a warrant for Luke Sky Walker’s arrest,” the Sheriff’s Office wrote on Facebook, adding that he is not armed with a light saber, flying an X-Wing, or missing a hand.

This turn of events naturally caught the eye of the original Luke Skywalker, Mark Hamill, leading to a response from the master Twitterer and Last Jedi.

“The sequel that nobody asked for & no one wants to see. #LarcenousLuke #TheSheriffStrikesBack,” Hamill wrote on Twitter.

By sequel, Hamill is not only referring to Star Wars, he’s also referring to the fact that this isn’t the first time Mr. Sky Walker has run afoul of the law.

“The real crime here is Mr. & Mrs. Walker saddling this poor guy with that name in the first place,” Hamill tweeted back in December 2018 along with the hashtags #MisbegottenMoniker and #AlsoTooShortForAStormtrooper.

The real crime here is Mr. & Mrs. Walker saddling this poor guy with that name in the first place. #MisbegottenMoniker #AlsoTooShortForAStormtrooper https://t.co/mj3GknabQQ