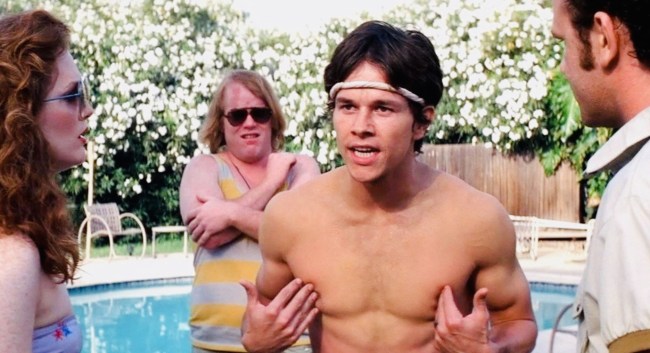 After beginning his career as a rapper, Mark Wahlberg transitioned to acting in the 90s with films such as The Basketball Diaries, Fear, and Boogie Nights.

Boogie Nights, in particular, was a breakout role for Wahlberg as the Paul Thomas Anderson-directed film put the young actor front and center as rising adult movie star Dirk Diggler.

“Is it true that you still have the prosthetic you wore in ‘Boogie Nights’?” Ellen DeGeneres asked the Oscar nominee during a recent episode of her show.

“Yes, yes. It’s in a safe locked away,” Wahlberg replied. “It’s not something I could leave out. All of a sudden my kids are looking for a spare phone charger and pull that thing out and go, ‘What the heck is this?!’ It wouldn’t be a good look.”

RELATED: Mark Wahlberg Reveals He Pitched A Sequel To ‘The Departed’ That Would’ve Starred Brad Pitt And Robert De Niro