Mark Zuckerberg Lost 20% Of His Net Worth Yesterday, More Money Than Rupert Murdoch’s TOTAL Net Worth 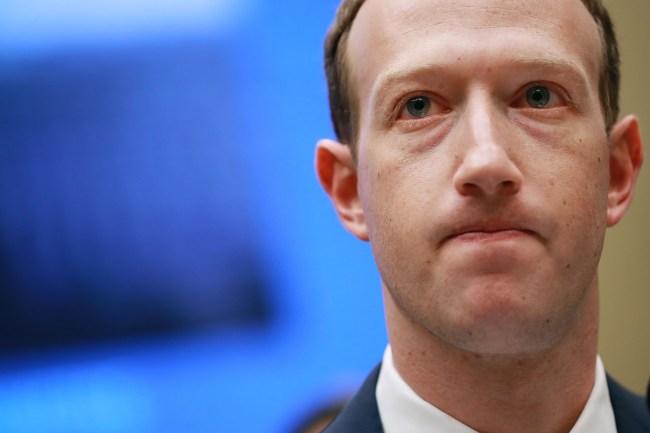 Facebook reported their quarterly earnings yesterday after the trading bell had rung but that had no effect on after-hours trading that sunk Facebook CEO Mark Zuckerberg’s personal net worth by 20%. For most of the people on Forbes‘ Billionaire List, or the Bloomberg Billionaire Index, a loss the size of Mark Zuckerberg‘s yesterday would completely wipe out their net worth.

The 20% dip in Facebook shares was triggered by several factors. Primarily, Facebook missed its growth estimates and didn’t hit its projected new users mark. Couple that with the recent global privacy scandals and multiple PR hits regarding Facebook’s handling of fake news and it created a perfect storm. Shares plunged all the way to 23% at one point but are currently down around 18% over the past 24 hours.

After Facebook shares plunged ~20%, that took $16.8 BILLION away from Mark Zuckerberg’s net worth. That move would slide him from 3rd to 6th on the list of the richest people in the world (boo hoo, poor him). It would also erase his $13.7 billion in gains this year alone and would leave his personal net worth at just below $70 billion according to Bloomberg.

According to Forbes‘ list of ‘The World’s Billionaires‘, Rupert Murdoch has a net worth of $15 billion. That means he would’ve been completely wiped out by a loss of Zuckerberg’s size which is almost unfathomable. For what it’s worth, Bloomberg disputes that net worth estimate and says that Murdoch’s net worth is $17.7 billion but for the purposes of this article we’ll go with the Forbes estimate.

Divya Balji and Tom Metcalf of Bloomberg add some more context to a loss this size:

It’s an evaporation of wealth so big it would have left the following multi-billionaires without a cent to their name:
Charlene De Carvalho-Heineken — she is the biggest shareholder of the world’s second-largest brewer Heineken NV and has a net worth of about $16.7 billion
Iris Fontbona & family — Fontbona is the matriarch of Chile’s richest family, which controls Antofagasta Plc (among the world’s largest copper producers)
Leonard Lauder — chairman emeritus of Estee Lauder Cos Inc., one of the largest makers of cosmetics and fragrances globally
Zhang Zhidong — co-founder of Tencent Holdings Ltd. and has a net worth of $16.2 billion
Elaine Marshall — a director at Koch Industries Inc., the second largest closely held business in the U.S.
William Ding, chief executive officer of NetEase Inc. with a fortune of $16 billion
In fact, it would have wiped out 87 percent of the billionaires in Bloomberg’s index. (via)

These numbers are honestly so large I cannot even fathom that. Losing 20% of your net worth in one day is killer to just about anyone. Unless you’re Mark Zuckerberg and are still the 6th wealthiest man in the world after losing a record $16.8 billion in after hours trading.