This Story About Mark Zuckerberg Losing To A H.S. Girl In Scrabble Is Further Proof That He’s A Robot 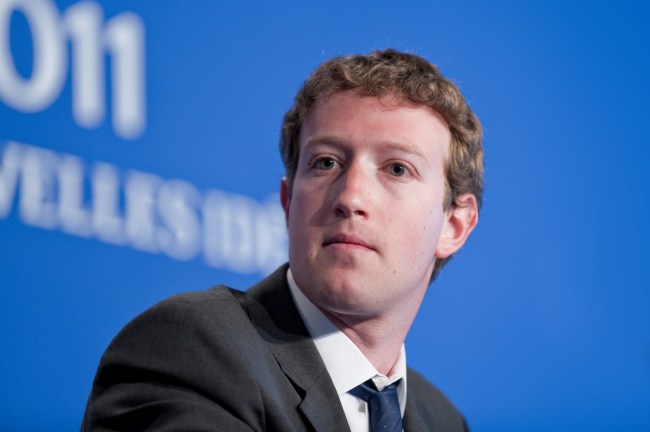 Mark Zuckerberg is one of the wealthiest men in the history of human civilization. The CEO and founder of Facebook currently has a net worth in the realm of $71 billion despite a recent report that nearly 50% of Americans between the age of 18-29 have deleted the Facebook app from their smartphone in the past year.

He’s doing just fine when it comes to his bank account but elsewhere in life, he’s struggling to hide the fact that he’s half-lizard-half-robot.

You don’t become one of the wealthiest individuals in human history based strictly on luck, you also need some success-driven personality traits to accompany your luck. Mark Zuckerberg is notoriously competitive. I didn’t really know this until recently but it makes perfect sense given how successful he is.

In a recent profile in the New Yorker by Evan Osnos, there’s a story that illustrates the depths of Mark’s competitive nature that borderlines on creepy. The story revolves around Mark Zuckerberg, one of the most wealthy and powerful men in the world, losing to a high school girl while flying on a private jet.

The H.S. girl was the daughter of Mark’s friend and she beat him in a game of Scrabble so mark responded by coding up a quick computer program to beat her because the dude is a total robot hiding inside of a human body. The program was supposed to process his available letters and give him all the best word combinations which sounds like straight-up cheating to me, how about you?

According to Osnos’ telling, Zuckerberg was aboard a private jet a few years ago and was passing the time playing Scrabble with the daughter of a friend.

After the high-schooler won the first game, Zuckerberg wrote a program which would process his letters and show him all available words, and the pair had a rematch.

“During the game in which I was playing the program, everyone around us was taking sides: Team Human and Team Machine,” the unnamed girl told Osnos.

It isn’t clear who won the second round. The game was cut short when the plane landed although Zuckerberg and his program had a narrow lead.

The anecdote is illustrative of Zuckerberg’s competitive side. According to Osnos’ profile, the Facebook CEO loves board games such as the puzzle game Ricochet Robots and military strategy game Risk. (via Business Insider)

If we take a step back to look at this anecdote because none of us were there it could’ve really played out in so many different ways.

READ NEXT: Here’s How Much Tech Companies Spend On Security For CEOs Like Mark Zuckerberg And Jeff Bezos

The public sees Mark Zuckerberg as a robot. Whenever he appears on camera he looks like an alien hiding in human skin and trying his hardest to not say something that exposes him as an alien. That’s the joke narrative.

But he could’ve easily been teaching this girl how quickly you can type up a computer program for something like Scrabble and this could’ve been an invaluable teaching moment from the 5th wealthiest man in the world. He could’ve been teaching her about using programming and critical thinking skills to solve mundane problems and get ahead. This high schooler was potentially getting a free lesson from one of the most successful people in history.

That, or he’s a sore loser. I guess it depends on how you want to read into the details of this story. I’m leaning towards it was likely the latter and he wanted to teach this girl about programming but that’s not really what the rest of the Internet seems to be drawing from this story.

RELATED: How Long Does It Take The World’s Richest Billionaires To Earn Your Annual Salary?

You can read the full profile on the New Yorker by clicking that link!