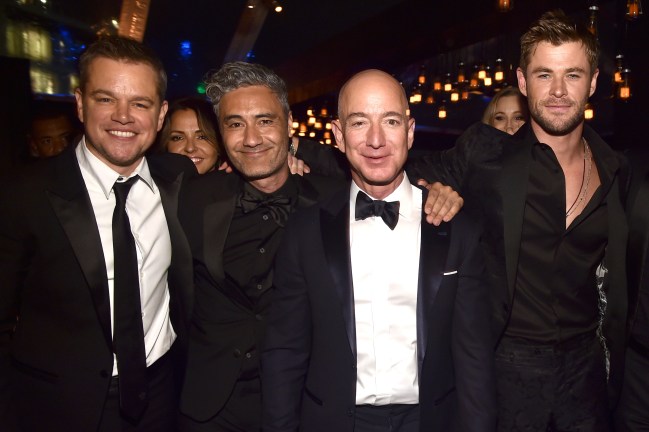 I was having a conversation the other day where I realized that I now know three people who have had immediate family members kidnapped and ransomed for large sums of money. It’s not that I run with a super wealthy crowd, this is a coincidence, but it got me wondering how rich you need to be before your personal security is at risk?

Is it dependent upon where you’re traveling in the world? Is it just a matter of beefing up home security with 24/7/365 monitoring like the rest of us but with some sort of in-house security guard? Do you only live in buildings with security?

A recent report from CNBC takes a look at how tech companies spend on security for their CEOs and other high-profile employees and the evidence suggests that it’s around-the-clock personal security and private air travel that really jacks up the bill.

Unsurprisingly, Facebook CEO Mark Zuckerberg has the highest personal security cost of any tech CEO in Silicon Valley. Facebook spent $8.9 million on Zuck in 2017 which is a literal metric shit ton more than Amazon spent on Jeff Bezos. Facebook also spent $$$$$ on Sheryl Sandberg, their COO.

What’s kind of interesting, to me at least, is how some of these tech companies are spending millions on CEOs that the average person would never recognize in a million years. For instance, Salesforce spent $1.3 million on co-CEO Marc Benioff in 2017.

There are few people outside of the tech industry who have any fucking clue whatsoever as to what Marc Benioff looks like. I get the risk of a kidnapping when traveling internationally but still, with this guy people would need to print out a picture of his face and walk around holding thaa picture up to everyone on the street in order to spot him. He’s not a household name like Bezos, Zuckerberg, or even Larry Ellison.

Here’s the report from CNBC on how much tech companies spend on security for their CEOs and high-profile employees:

Facebook CEO Mark Zuckerberg
The billionaire co-founder of Facebook cost the company $8.9 million in 2017, a 53 percent increase from 2016. The total included $7.3 million for personal security and $1.5 million for use of private aircraft.

Facebook COO Sheryl Sandberg
Last year, Facebook spent $2.7 million to cover Sandberg’s security, up just slightly from the prior year but more than double the costs in 2015.

Amazon CEO Jeff Bezos
ince 2010, Amazon has spent $1.6 million annually on providing business and travel security for Bezos. In 2009, the cost was $1.7 million, and prior to that it was $1.2 million.

Does Oracle co-CEO Sara Catz just not travel at all? As co-CEO you’d think that maybe she’s traveling the world and that would require some measure of security when she’s visiting exotic locations, or private jets. Apparently not.

Google CEO Sundar Pichai
Google’s co-founders Larry Page (also Alphabet’s CEO) and Sergey Brin each make $1 a year in salary and don’t have any other forms of compensation. With well over $50 billion in net worth each, they’re doing just fine. However, Alphabet did spend $683,557 last year on Google CEO Pichai, with 93 percent of that on security and the rest on “personal use of aircraft chartered by the company.”

1) I’m shocked that Tim Cook doesn’t require over a million dollars per year in personal security given how much of a public figure he is.

2) The Google spending doesn’t surprise me in the slightest. I’ve heard that Google’s corporate jets are siiiiick so it’d make sense that the Google CEO would prefer to travel by private corporate jet over other options.

The other two on the list were Qualcomm Chairman Paul Jabos who had costs of $291,871 last year which included $152,999 on private jets and IBM CEO Ginni Rometty who’s costs included $177,491 on the corporate jet for personal travel.

I just realized that I’m really out of the loop in the tech world because I had no idea Ginni Rometty is the CEO of IBM. If that was a question on Jeopardy! or HQ Trivia then I would’ve failed miserably.

In other news, I spend more on personal security per year than Oracle spends on co-CEO Safra Catz. Shout out to home security for being obnoxiously expensive!

For more on this, you can click here to visit CNBC.