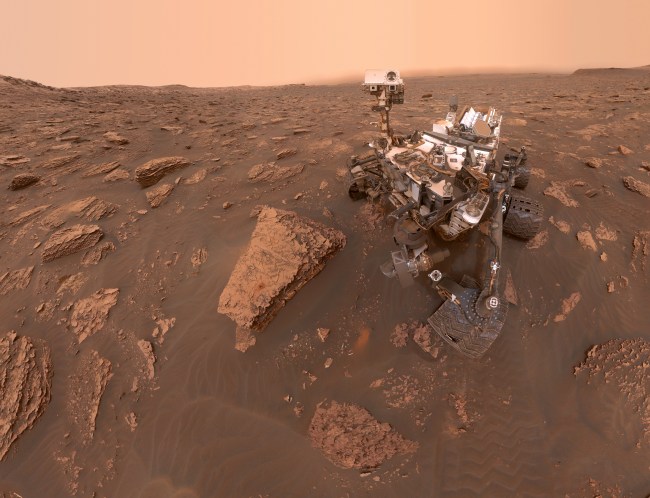 A 10-minute clip of stunning 4K footage was posted to YouTube and this is the first time we’ve seen footage of this quality from the planet Mars. What sets this apart from past footage of Mars isn’t that the images are completely unlike anything we’ve ever seen from the Red Planet, it’s that the quality of this footage is so superior to everything up until now.

Visiting outer space isn’t something that’s on my bucket list. If I want to see what another world looks like I’m content to fly from Florida to Iceland and stare out at a completely unrecognizable landscape. I don’t need to leave the earth in search of answers about the meaning of life. But that won’t stop me from appreciating this stunning 4K footage just as much as the next person.

When the rover can connect with the Mars Reconnaissance Orbiter it is able to transmit 2MB per second but this connection is only available for about 8 minutes of each Martian day (Sol). This was compiled from over 1,000 images transmitted from the Curiosity Rover between November 24 and December 1, 2019.

This is easily the most stunning footage you’re going to see of Mars today, if not this year:

Here’s just a bit of what you’re looking at in this video:

“The rover was exploring the area named ‘Glen Torridon’ which was theorized to contain large amounts of clay,” the narrator says.

“Clay found on Mars signals the presence of water in the past. At this point, in 2020, the NASA rovers have found irrefutable evidence that Mars was once a watery planet.”

The Martian sky — which is reddish and hazy — appears in the video to range in color from yellow to blue, which the narrator says is the result of “the re-coloring of images done by NASA in order to aid geologists identifying rock formations.”

“This technique also produces a much clearer picture so we can see Mars in much greater detail,” the narrator adds. (via NYP)

For more on what’s going on in this video, you can head on over to the New York Post where they discuss the past and ongoing rover missions.