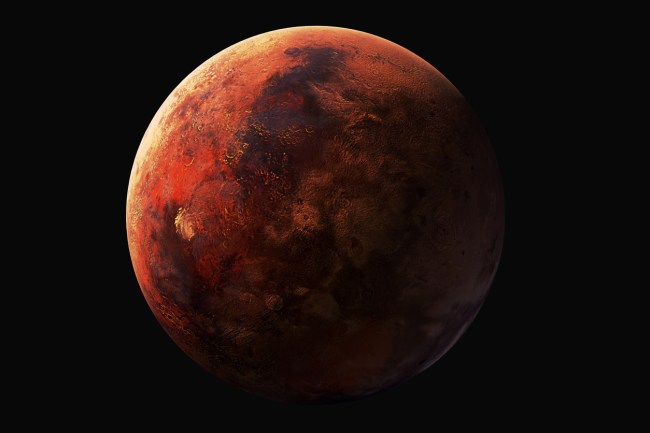 The good news: Today we have available to us some awesome photos of a huge crater on Mars filled with water and ice.

The bad news: The photos were taken by the European Space Agency’s Mars Express while NASA was sitting on its thumbs and trying to get Matt Damon back to earth.

Nonetheless, the ESA captured a 50-mile wide crater near the north pole of Mars dubbed Korolev crater–named after rocket engineer and spacecraft designer Sergei Korolev, the architect of the Soviet Union’s space programme, via BBC.

The crater spans 50 miles across and is filled with ice one mile thick, which stays intact all year round due to the cold air trapped within it. In total, Korolev contains 530 cubic miles of water ice.

To produce the images, the ESA had to combine data from five Mars Express orbits, with the most recent taking place on April 4, 2018. The High Resolution Stereo Camera (HRSC), an instrument capable of capturing images in three dimensions and in color, recorded the data.

The discovery of water and ice on the Red Planet is relatively new, with NASA scientists announcing in September 2012 that the Curiosity rover found direct evidence for an ancient streambed in Gale Crater, indicating an ancient “vigorous flow” of water on Mars. In July of this year, Italian scientists found a giant liquid reservoir hidden a mile under the southern polar ice cap of Mars, extending 12 miles across.