Martin Scorsese, The Legend That He Is, Sent Bong Joon Ho An Epic Congratulatory Letter 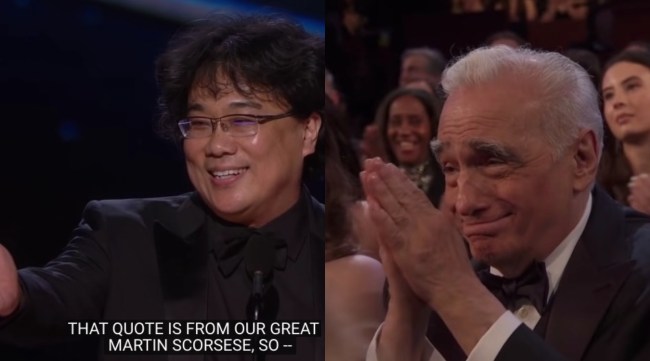 What makes the success of Parasite so enjoyable is the relatability of its immensely talented director Bong Joon Ho.

Despite using a different language that most of us do not understand, whenever the guy speaks, you can just tell that he’s a humble, regular, quirky, talented, hard-working dude who is simply happy to be recognized amongst his peers. I mean, just look at this fuckin’ thicc floppy-haired  king: 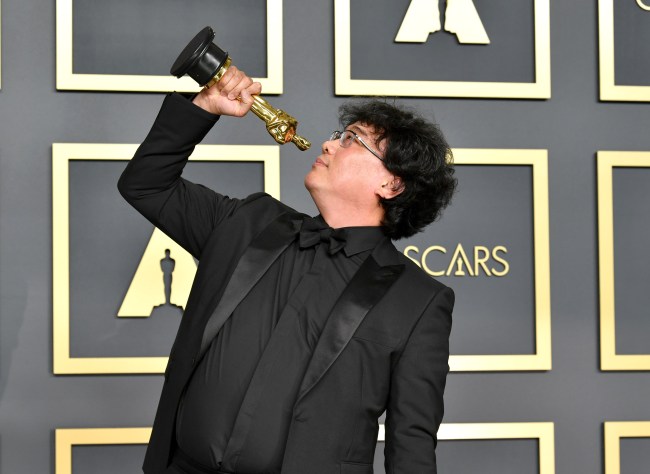 Not only has Bong Joon Ho’s talents earned him the respect of his peers, but they’ve also resulted in personal praise from one of cinema’s all-time greats, as Bong recently revealed that legendary filmmaker Martin Scorsese sent him a congratulatory letter after his Academy Awards domination despite the fact that Parasite‘s success was a large reason that The Irishman got shut out.

“This morning I got a letter from Martin Scorsese,” Bong told journalists. “I can’t tell you what the letter said because it’s something personal. But towards the end he wrote, ‘You’ve done well. Now rest. But don’t rest for too long.’ He continued by saying how he and other directors were waiting for my next movie.” [via IndieWire]

This is the shit that you just absolutely love to see, especially when considering that the standing ovation for Scorsese orchestrated by Bong at the Academy Awards was far and away the best moment of the night.

While Bong has said he plans to take Scorsese’s advice and relax for a while, the man is a 50-year-old creative genius at the peak of his powers, so let’s hope his vacation isn’t too long.