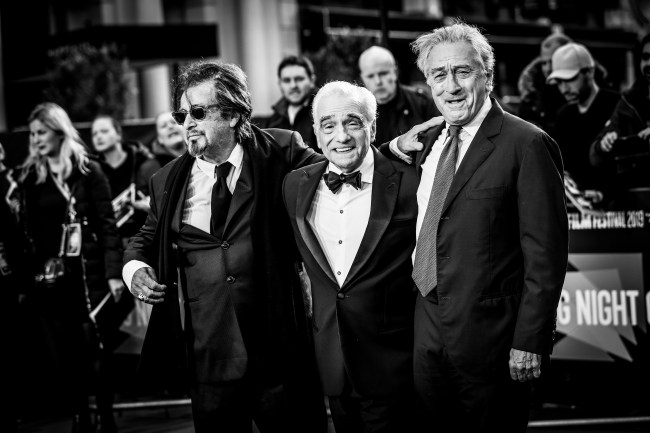 In my review of the film, I placed myself in the “love it” camp due to the fact that the person who made the film, iconic America director Martin Scorsese, defined what it is I love about movies in the first place. Similar to having faith in Phil Jackson or Bill Belichick in the fourth quarter of a tight game, I have faith in Martin Scorsese making gangster movies.

This is why, ultimately, Scorsese needs to be given the benefit of the doubt regarding two of the film’s most boilerplate issues: its runtime and Anna Paquin’s lines (or lack thereof).

Speaking to Sight & Sound, Scorsese discussed both of these talking points and doubled down on both, giving absolutely concrete solid reasoning behind both decisions.

On the film’s runtime:

“I tried doing long-form television – but in order to really do that right you’d have to be doing every episode, almost every season. And so here I was just trying to experiment with form. And I know that people might be more amenable to spending time watching a film that’s not a series, and so… I came to terms with the nature of the story itself and how I wanted to do it and how I felt I should do it. If I felt I could add something here, that would change this last section, we had really no sense of people coming in and saying, “Cut 15 minutes out of it.”

TLDR; You fucking slobs sit around and binge-watch six hours of Peaky Blinders anyway, why can’t a movie experiment with length as well?

On Anna Paquin’s lack of dialogue:

“[Screenwriter Steve] Zaillian and I went through it a number of times. Then I wanted him to layer in more of Anna Paquin’s character, [Frank’s daughter] Peggy. I didn’t want any dialogue. So he said, “How are we going to do that?” Of course, we’ll do the scene at the beginning when she’s a kid [when Frank beats up a grocer] – that certainly leaves an impression on her.

And then I insisted on going back and layering in Peggy more, to be an observer… not an observer, but she’s part of the group, part of the story. She knows Frank. She doesn’t have to say a word. When she’s looking at him and he’s sitting eating his cereal, listening to the report [about the death of Joey Gallo] – “A lone gunman walked in.” The look on his face – it’s him, obviously.”

TLDR; Hey, geniuses, she’s SUPPOSED to feel cold and distant from her father. Does this man have to explain everything to you literally? Holy shit.

When it comes to the runtime, look, I get it: three hours is a long time to sit still. But Wolf of Wall Street was equally as long, as that you had to see in theaters. At least now, you can do so from the comfort of your couch.

And when it comes to Anna Paquin, well, I’ll let the woman speak for herself:

Nope, nobody was doing any “ordering”. I auditioned for the privilege of joining the incredible cast of .@TheIrishmanFilm and I’m incredibly proud to get to be a part of this film. https://t.co/yx54jE4ugy