Rumored MCU Leak Details Next ‘Endgame’-Sized Event, Says It Will Be Unveiled In Secret Disney+ Series 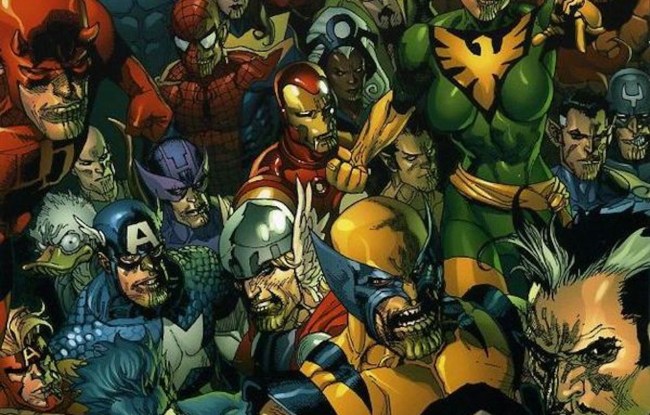 With the next Phase in the iconic Marvel Cinematic Universe set to kick off this May with the release of Black Widow, the behemoth Disney franchise finds itself with something it hasn’t said since the days of the original Iron Man back in 2008: a blank slate.

With the conclusion of the decade-long Infinity Saga in Avengers: Endgame, Marvel Studios set themselves up to start fresh, introducing fans to new heroes and properties such as Shang-Chi, the Eternals, She-Hulk, Moon Knight, Balde, and the Fantastic Four.

But with a blank slate comes the pressure of recreating the magic they had with the Infinity Saga, and in order to do so, reports indicate that the MCU will be turning to one of the most revered Avengers stories in modern comic book history: Secret Invasion.

Before the leaks started pouring in, Secret Invasion seemed like the most logical evolution of the over-arching Avengers storyline. Bad Skrulls, a race of aliens that was introduced last year with the help of Captain Marvel and Far From Home, would infiltrate Earth and masquerade as some of our favorite heroes. Having to deal with the revelation that some of the Avengers are actually Skrulls in disguise would be a massive blow for the audience. And if good Skrulls are working with Fury to build the SWORD agency, then the MCU must have evil Skrulls in it as well.

Daniel Richtman said in his Patreon account (via MCU Cosmic) said there is a Secret Invasion series in the works that will tie into Captain Marvel 2. The story will involve the Kree and the Skrulls, as well as SWORD, which we know from leaked set photos and videos that will be introduced officially in WandaVision.

Richtman has posted MCU scoops on his Twitter and Patreon channels before, so his claims are definitely worth paying attention to. That’s especially true in this case because a different source, Rich Johnston from Bleeding Cool, said a few weeks ago that a Secret Invasion series for Disney+ is in the works, and that it’ll also tie in with the unannounced Captain Marvel sequel. The same report also said that Marvel is working on a second unannounced Marvel series that will be a solo series for a Loki type character. [via BGR]

The key here is the mention of the still-secret Disney+ series, as the Mouse House has long promised that the content on their streaming service will be just as vital to the future of the franchise as the movies.

This is certainly not the first time that BroBible has brought you the word of a Secret Invasion adaptation, as we reported back in December that industry insider Daniel Richtman was hearing something similar. Additionally, the Richtman report stated that Spider-Man would be involved in any potential Secret Invasion arc.

Also add Spidey 4 somewhere. If Captain Marvel 2 is Secret Invasion which is very likely then it'll be the next crossover Spidey will take part in.

Given the introduction of the Skrulls and the reveal at the end of Captain Marvel — which we won’t spoiler but you can find on YouTube — a Secret Invasion adaptation has always seemed like the most likely route for the MCU, especially when considering how iconic the storyline is in the comic book community.

Secret Invasion, which ran in 2008, tells the story of the invasion of the Skrulls, “a group of alien shapeshifters who have secretly replaced many superheroes in the Marvel Universe with impostors over a period of years.”