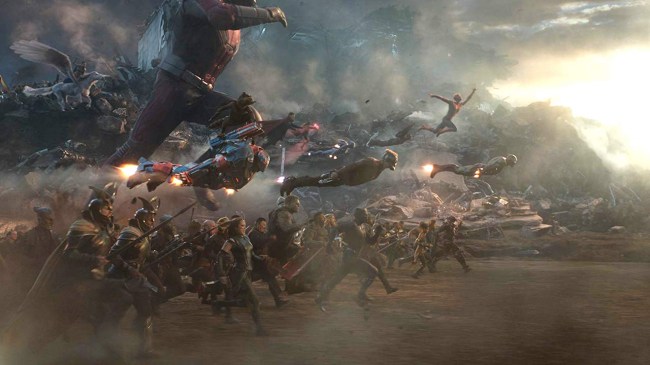 Following the massive success of the recently opened Star Wars: Galaxy’s Edge park at California’s Disneyland, the Mouse House has revealed plans to move forward with a Marvel Comics theme park at the iconic Anaheim-based park.

According to a report from the Los Angeles Times, Disney and the city of Anaheim, California are set to move ahead with plans to open a Marvel Comics-themed park, similar to the recently opened Star Wars: Galaxy’s Edge park, at Disneyland (which will be followed up with the opening of an identical Star Wars: Galaxy’s Edge park at Disney’s Hollywood Studios in Orlando this August).

The report from the Los Angeles Times states that building permits were filed for renovations such as “a bathroom overhaul, a retail outlet, a microbrewery, a character meet-and-greet area, plus improvements to behind-the-scenes buildings.”

This latest Marvel-related flex from Disney will be built around the already-existing Guardians of the Galaxy — Mission: Breakout ride, which was originally opened back in 2017.

A Bug's Land had no major shops (remember P.T. Flea Market which closed in 2010?), but the Marvel-themed Super Hero campus certainly will. 2,071 square feet of merchandise space for all things Spider-Man, according to this permit. https://t.co/na70784rKJ pic.twitter.com/URMKilOkKE

The Marvel-themed parks will not end there, though, as further attractions are scheduled to be opened at the Paris location in 2020, the Florida location in 2021, and finally, the Hong Kong location 2023.

Given how utterly massive the Marvel Cinematic Universe has become — almost every film is a shoo-in to make $1 billion, essentially giving Marvel Studios the license to print money — it should come as no surprise that Mickey Mouse wants to expand the franchise into the world you and I actually live in.

At this time, neither the open date nor the name of the park has been revealed.

That said, the Los Angeles Times report does point out that due to previous licensing agreements that were signed prior to Disney’s takeover of the legendary comic book publisher, the word “Marvel” cannot be used in the name of the park.