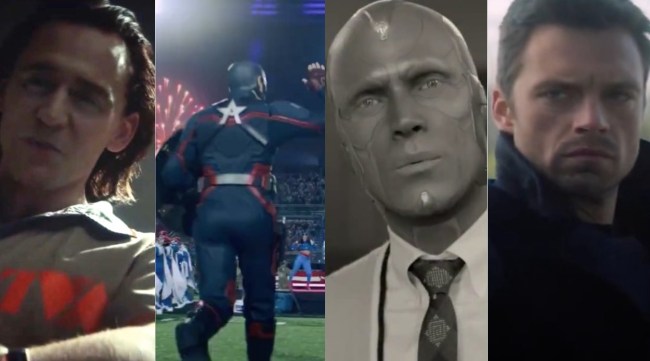 After proving they can blow fans away with The Mandalorian, anticipation for Disney’s upcoming live-action Marvel Cinematic Universe series has reached an all-time high.

After first being announced this summer, MCU fans across the globe were given their first taste of this upcoming highly-anticipated series when Disney dropped the first quick commercial during Sunday’s Super Bowl between the Kansas City Chiefs and the San Fransisco 49ers.

While the teaser — which lets fans know that “the universe is expanding” — does not include glimpses of Hawkeye or What If…?, the trailer does provide an awesome first look at the apparent buddy-cop series The Falcon and The Winter Soldier, the bonker-seeming acid trip that is WandaVision, and a quick taste of the upcoming Loki solo series.