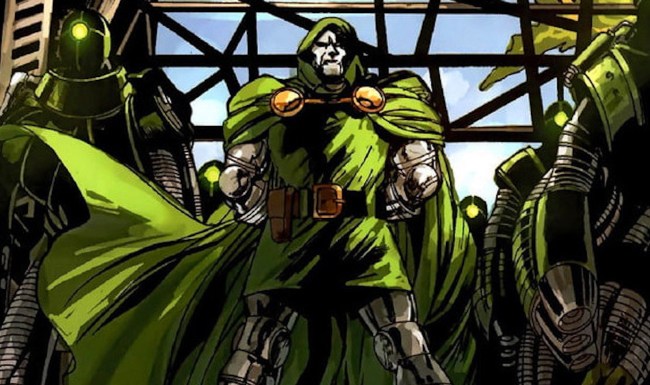 As is the case with the rest of the entertainment industry right now, the Marvel Cinematic Universe has been put on hold. Originally scheduled to kick off Phase 4 back in May with the release of Black Widow, the next era of the MCU will now (hopefully) kick off in November.

Phase 4 represents something of a fresh slate for the MCU, as the events of Avengers: Endgame saw Earth Mightiest Heroes finally vanquish Thanos, who had been looming over the franchise ever since he first appeared in the post-credit scene of The Avengers back in 2012.

With the throne of the being the MCU’s primary antagonist vacated for the first time in a decade, it’s only a matter of time until Disney and Marvel Studios begins introducing the next “big bad” for franchise, and according to trusted Marvel insider Jeremy Conrad, that next foe is set to be Victor von Doom, a.k.a. famed Fantastic Four nemesis Doctor Doom.

“I’ve learned that Marvel Studios is planning to introduce Lucia Von Bardas to the MCU. In the comics, she’s actually the successor to Doctor Doom after he was deposed as the ruler of Latveria and even used the Doctor Doom name for a time. As we haven’t been introduced to Doom yet, it’s possible Lucia Von Bardas could be used as a way to introduce Latveria, perhaps even as its prime minister (as in the comics), who then Latveria would be replaced with Doom.

However she’s used in the MCU, that they’re wanting to bring in a character like Lucia Von Bardas shows that Marvel Studios knows that there is a lot more to Doctor Doom than him just screaming “Richards!” all the time. Fleshing out Doom with supporting characters like Lucia Von Bardas is similar to how they built up Wakanda before Black Panther was introduced in Civil War.” [via MCU Cosmic]

Doctor Doom becoming a primary figure in the future of the MCU should come as no surprise as he, alongside of Magneto, is arguably the most iconic villain in the Marvel Cinematic Universe.