Marvel Studios Unveils Trailer For Next Disney+ Series, ‘What If…?’ 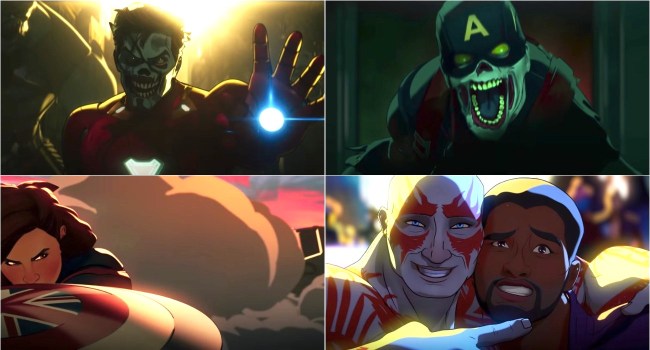 Marvel Studios has unveiled the first trailer for their next Disney+ project, the upcoming series What If…?, the first-ever animated project produced by the behemoth studio.

As teased by the trailer, What If…? will explore alternate universes in the Marvel Cinematic Universe that feature different versions of the characters that fans have come to know and love for the last decade-plus, exploring questions such as: What if Killmonger saved Tony Stark? What if Peggy Carter became Captain Carter? What if Black Panther was a Ravager?

Here’s the official, albeit wildly nondescriptive, synopsis for What If…?, via Marvel Studios:

Perhaps most notably of all, What If…? will feature the final performance from Chadwick Boseman, who provided the voice for T’Challa one final time.

What If…? will begin streaming exclusively on Disney+ on Wednesday, August 11.