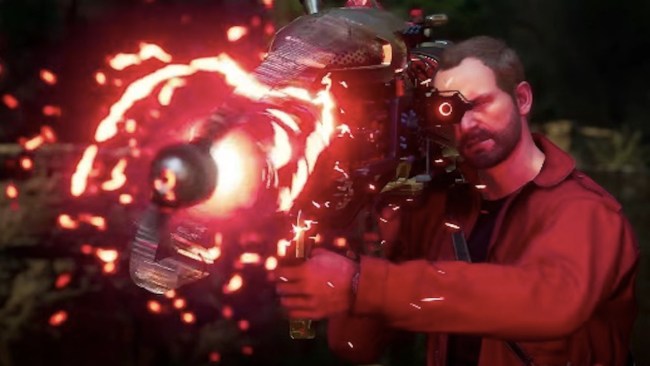 Following the release of the first trailer for Marvel’s Avengers — the upcoming Avengers-based video game set to be released in May 2020 — fans’ reaction to the long-awaited title was less than stellar, to say the least.

Whether it be complaints about the graphics, the voice actors, the lack of gameplay footage, or the animated rendering of their favorite Marvel heroes, fans of the behemoth franchise were none-too-thrilled following the release of the first trailer.

However, despite the initial sourness surrounding the game, Marvel Entertainment, Square Enix, and Creative Dynamics remain full steam ahead towards the May 2020 release date, releasing a second trailer for the game that reveals the inclusion of legendary Marvel character Hank Pym.

In a quick minute-long trailer show at E3 2019, Marvel Entertainment introduced another one of the heroes that is set to feature in the upcoming game, albeit a significantly younger version than the one fans of the MCU are used to.

Using his famed Pym Particles, Hank Pym — portrayed by the ever-wonderful Michael Douglas in the Marvel Cinematic Universe — is unveiled wielding what appears to be a shrink ray.

“Come on, Tony [Stark], live a little!” Pym declares as his cuts a massive enemy robot down into something more similar to the size of a toy monster truck.

“It’s sort of cute when they’re small,” Pym quips, all but confirming that the general tone of Marvel’s Avengers will likely be similar to that of the acclaimed film franchise.

While his role may not be that significant in the MCU, Hank Pym is one of the founding members of “Earth’s Mightiest Heroes” in the comics.

Unfortunately for Marvel Entertainment, though, this latest trailer is no more popular amongst fans than the reveal trailer was, as this first look at Hank Pym is getting absolutely roasted in the comment section on YouTube.

“Scott Lang has left the chat,” one commented joked.

Marvel’s Avengers will be officially released on PS4, Xbox One, Google Stadia, and PC on May 15th, 2020 (sorry, Nintendo Switch users, you’re really being left out in the cold on this one).